Washington D.C. - The visit of the new Personal Envoy of the United Nations Secretary General for the Western Sahara, Horst Köhler, to the region is the first of its kind since his appointment in September. Observers are hopeful that the new envoy will succeed in reviving the stalled political negotiations between Morocco and the Polisario. 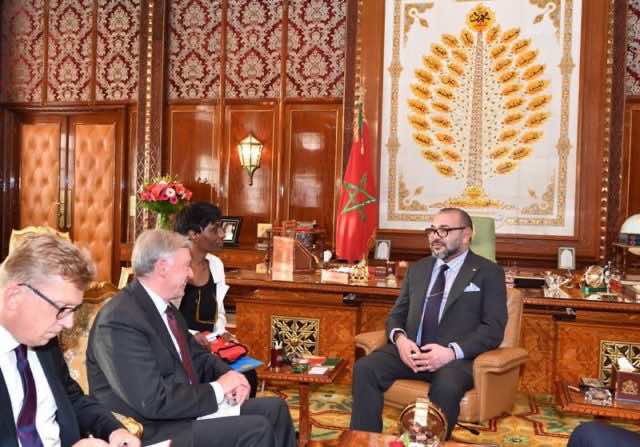 Washington D.C. – The visit of the new Personal Envoy of the United Nations Secretary General for the Western Sahara, Horst Köhler, to the region is the first of its kind since his appointment in September. Observers are hopeful that the new envoy will succeed in reviving the stalled political negotiations between Morocco and the Polisario.

The UN envoy’s visit comes amidst unprecedented international developments which could prompt the United Nations to reconsider the approach it has adopted over the past 10 years that has brought attempted resolutions of the conflict to a standstill. Principal among these developments are the two referenda that took place earlier this month in Catalonia in Spain and in Kurdistan in northern Iraq. The tension and reactions that these popular consultations elicited in the two countries as well as the refusal of the international community to recognize their results are a sign and a turning point in international relations that might usher in a new era in which the territorial integrity of states will take precedence.

Taking into account the report of the Secretary General in his report last April in which he called on the parties to the Western Sahara conflict to define the meaning and scope of the concept of self-determination, and the reaction of the international community to the results of the referendum in both Catalonia and Kurdistan, it can be argued that the current international political context may favor the approach that haws been advocated by Morocco for more than a decade, which urges a political resolution based on the Morocco’s autonomy proposal.

The UN is fully aware that Morocco will not accept any resolution that might lead to the independence of the Sahara from Morocco. Consequently, the referendum option sought by the Polisario and Algeria is not one of the viable options for reaching a mutual political solution to the conflict.  Therefore, the UN ought to take into account this international context and Morocco’s position, and adopt a new approach that comes to terms with the fact that the concept of self-determination adopted in the 1960s and 1970s is no longer applicable in the reality of the 21st century.

The UN should also recall that the heretofore favored resolutions to self-determination were adopted at the height of European decolonization in many regions of the world. Even the manner in which those resolutions were drafted demonstrates that they were formulated for a particular type of  international context marked by the presence of many countries under yoke of European colonial powers. The terminology used in UN documents themselves best illustrate the political context under which the UN’s policies toward self-determination evolved. Consider the following language from Resolution 1541 on the “the relationship between metropolitan states” and the external areas under their sovereignty.

Principle IV of resolution 1541, for example indicates that the main factor to be taken into account for purposes of defining whether a territory is under colonial domination is when such territoryy “is geographically separate and is distinct ethnically and/or culturally from the country administering it.” The fifth principle of the same resolution states:

“Once it has been established that such a prima facie case of geographical and ethnic or cultural distinctness of a territory exists, other elements may then be brought into consideration. These additional elements may be, inter alia, of an administrative, political, juridical, economic or historical nature. If they affect the relationship between the metropolitan State and the territory concerned in a manner which arbitrarily places the latter in a position or status of subordination, they support the presumption that there is an obligation to transmit information under Article 73 of the Charter.“

The use of the term “metropolitan state” is significant. It refers to the relationship between colonial powers and their overseas colonies.

Morocco’s determination to benefit from the international context

Morocco has seized upon the new international context to emphasize that the only possible political solution is on the basis of the autonomy proposal Morocco presented to the UN in 2007.

Omar Hilale, Morocco’s Ambassador to the UN, made clear Morocco’s continuing intention to rule out the option of a referendum in a statement before the Fourth Committee last week. The Moroccan diplomat stressed that “there is no room to talk about the referendum as one of the options for a solution to the dispute over the Sahara.” He stressed that the possibility of a referendum was buried a long time ago. He also called for the Committee to remove the question of Western Sahara from its agenda regarding decolonization, stressing that the “colonization” of the region ended in 1975 when Spain left and Morocco regained its sovereignty.

Moreover, Resolution 2625 states clearly that nothing of what is contained in the previous paragraphs should be interpreted as “authorizing any action or encouragement of any action that would, in whole or in part, damage the territorial integrity or political unity of independent sovereign States.” This resolution calls upon Member States to refrain from “any action aimed at partial or total disruption of the national unity and territorial integrity of any other State or country.”

The Moroccan ambassador stressed that the principle of self-determination associated with independence, sought by the Polisario and Algeria, does not apply to the Sahara as long as it is a geographical extension of Morocco and in the absence of any ethnic, religious, racial, cultural, or linguistic differences between Morocco and its own Sahara.

Algeria and Polisario’s claims that Morocco denies Saharawis their right to self-determination do not outweigh the legals bases and historical legal documents that prove that the Western Sahara was part of Morocco’s sovereign territory when Spain occupied it. The most significant proof in this regard is the agreement signed between Morocco and the Great Britain in March 1895, under which the latter acknowledged that the Western Sahara was subject to the sovereignty of former. The United Nations records also demonstrate that, immediately after gaining independence in 1956, Morocco called on Spain to end its presence in Moroccan territory, including Tarfaya, Sidi Ifni, and the Western Sahara. Moreover, Morocco asserted its sovereignty for the first time in the United Nations in 1957. Morocco’s main goal for more than 60 years has been to preserve its territorial integrity, which has been disrupted by Spanish colonialism.

There is no doubt that the recent developments in the international arena do not favor the Polisario. If the international community rejects the independence of a region such as Catalonia with a population of 8 million in one of the richest regions in Europe and all the trappings of a state, it would seem to be incongruous to advocate statehood for Saharawis, a population of 90,000 inhabitants at most with none of the trappings of a state. Although the legal status of the two situations is different in terms of international law, what happened in Spain provides Morocco the international backdrop to emphasize more than ever that the only way to resume negotiations is by taking off the table the option of independence so fiercely defended by the Polisario and Algeria. The UN should therefore reconsider the concept of self-determination adopted decades ago in a different political era and put greater pressure on Algeria and the Polisario to demonstrate their willingness to reach a political solution to the conflict.

Accordingly, the success of the efforts of the Personal Envoy of the Secretary General in the Sahara will depend on the approach he proposes to the parties to the conflict and his courage to present concrete proposals to revive the stalled political process. Most importantly, the success of his endeavor will depend on the extent to which the UN permanent members are willing to exert pressure on the Polisario and Algeria to reach a realistic political solution that not only preserves the rights and interests of the Saharawis but also preserves Morocco’s sovereignty over the territory and the stability of the region as a whole.