Rabat - Mauritanian authorities have refused entry to a Moroccan businessman and former Mauritanian official who used to raise funds for the Polisario Front. The denial comes amid speculation of tension between the North African neighbors. 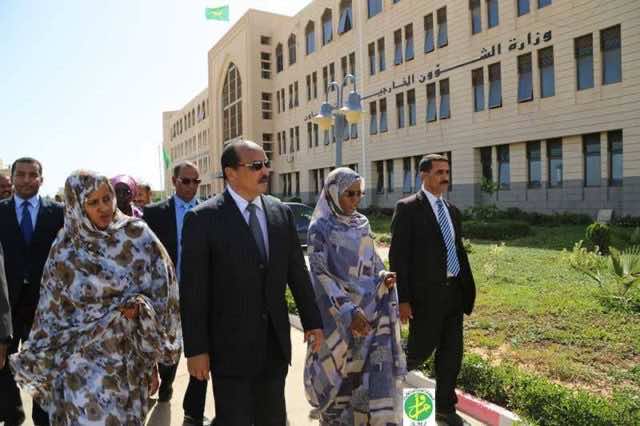 Rabat – Mauritanian authorities have refused entry to a Moroccan businessman and former Mauritanian official who used to raise funds for the Polisario Front. The denial comes amid speculation of tension between the North African neighbors.

Mauritanian news outlets reported that local authorities at a border post, 55 kilometers from the city of Nouadhibou, denied entry to Hamada Ould Darouich, a Mauritanian-born Sahrawi businessman who served as a fundraiser for Polisario before switching allegiance to Morocco in 2007 when the kingdom announced the Autonomy Plan for Western Sahara.

Ould Darouich was born in Mauritania in 1960, and became Mauritanian by virtue of his birth. The businessman and former banker is originally from the famous Sahrawi tribe of Rguibat. For seven years he was the director of the Nouadhibou port and previously was one of the founders of a private bank in Mauritania.

In 2006, a year before he moved to Morocco, Ould Darouichch made an unsuccessful bid for a parliamentary seat in Mauritania.

In Mauritania, the businessman lobbied for Polisario for which he had been raising money. In a previous interview with Mauritanian newspaper Al Watan, he said he was among the people who sponsored Polisario and that he attended many of the group’s meetings and military exercises.

As for why Ould Darouich returned to Morocco, he pointed to his tribal roots and said that he is the son of a land that was divided by French and Spanish occupation.

The businessman also said that his case was not isolated, as many of former Polisario members, some of whom were born outside the disputed territories of Western Sahara or held Mauritanian, Spanish or Algerian nationalities, have returned to Morocco and reclaimed their Moroccan identity.

Ould Dariouch’s denial of entry to Mauritania prompted Moroccan news website Le Desk to call it another potential source of discord between Rabat and Nouakchott. The issue of the Western Sahara, with Nouakchoutt’s seemingly rapprochement with the Polisario and Algeria and the presence of Mauritanian opponents to President Mohamed Ould Abdelaziz were among the reasons why relations between the two countries have been tense in recent years.

Mauritanian media outlet went even further,suggesting that Ould Darouich came back to Mauritania after a disappointment in Morocco where he was not granted any position in Morocco, and that he was probably approached by Algeria, Polisario’s main sponsor.

What is sure is that his departure from Mauritania and talks about his being “an authentic Moroccan” stirred controversy and made him unwelcome in his former country in the eyes of many.