Rabat- Morocco refused to take part in a counter-terrorism forum in Algeria on Monday as a protest against the recent accusations made by the Algerian Minister of Foreign Affairs linking Moroccan banks and the national air-line company's operations in Africa with drug trafficking, reported Algerian online media outlet Ennahar. 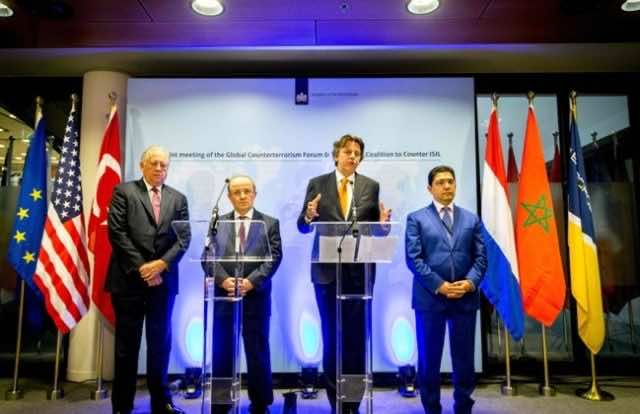 Rabat- Morocco refused to take part in a counter-terrorism forum in Algeria on Monday as a protest against the recent accusations made by the Algerian Minister of Foreign Affairs linking Moroccan banks and the national air-line company’s operations in Africa with drug trafficking, reported Algerian online media outlet Ennahar.

The Algeria news sources published a picture of an empty seat along with Morocco’s name and flag during a regional meeting of the Global Counterterrorism Forum (GCTF), which Morocco co-chairs with the Netherlands.

The statements made by Algerian chief diplomat, Abdelkader Messahel, on Friday during a meeting of his country’s business union have drawn strong condemnations from Moroccan institutions.

“Moroccan banks are being used in laundering the revenues from the sales of hashish. Everybody knows that,” said Messahel on Friday.

The claims were dismissed by the Moroccan Ministry of Foreign affairs as “irresponsible, childish and ignorant.”

“The statements made by the Algerian minister on banking institutions and the national airways company demonstrate an ignorance that is as deep as it is inexcusable of the elementary functioning of the banking system and civil aviation both at the national and international level,” said the ministry.

The Moroccan business union (CGEM) also responded to Messahel, saying that his allegations constituted an implicit attack on sovereign African states and “their governance, regulatory, and security institutions.”

Morocco’s boycott of the GCTF meeting comes one month after member states renewed their trust in the kingdom to serve a second mandate as co-chair of the organization.
In September, Morocco and Holland’s co-chairmanship was extended for another two years starting from 2018.

Commenting on the extension, the Moroccan Minister of Foreign Affairs told Maghreb Arab Press (MAP) that this renewal of trust was a “recognition of Morocco’s precious contribution” in countering terrorism.