Rabat - YouTube channel CopyComic published on Tuesday a video showing side-by side comparisons of sketches by renowned French-Moroccan and American comedians, accusing the former of plagiarism.

Rabat – YouTube channel CopyComic published on Tuesday a video showing side-by side comparisons of sketches by renowned French-Moroccan and American comedians, accusing the former of plagiarism.

Famous French-Moroccan stand-up comedians Jamel Debbouz and Gad Elmaleh were not excluded from the list of alleged plagiarizers. The comedians appear to have lifted jokes from renowned American show men, including Jerry Seinfeld, Robin Williams, and Dave Chappelle.

The video highlights the seemingly plagiarized comedy sketches by featuring a comparison between the comedians’ shows. Other comedians accused in the video include Malik Bentalha, Yacine Belhousse, Arthur and Walter.

The stand-up comedians in question appear to not only have copied the words of other comedian sketches, but also their bodily movements during the shows.

In response, Antoinette Colin, artistic director of Point Virgule, said that “today, everything is on internet,” explaining that “it would be stupid to copy.”

None of the accused comedians has responded to the video so far. 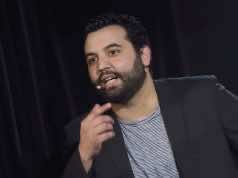 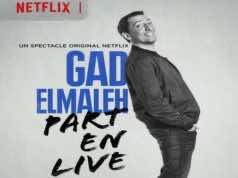