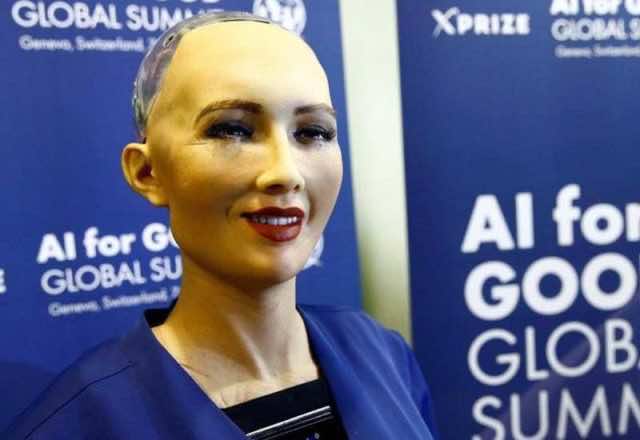 At the Future Investment Initiative (FII) conference that took place on October 25 in Riyadh, Sophia was chosen to moderate a session on robotics and artificial intelligence, shortly before being awarded Saudi citizenship.

The android, designed to look like Audrey Hepburn, is a creation of David Hanson for Hong Kong company Hanson Robotics, who is known for making human-like robots.

“We just learned, Sophia – I hope you are listening to me – you have been awarded what is going to be the first Saudi citizenship for a robot,” said panel moderator Andrew Ross Sorkin.

In response to news, Sophia said in an interview with Sorkin that she was “very honored and proud for this unique distinction.”

“This is historical to be the first robot in the world to be recognized with a citizenship,” she added.

The robot named Sophia became then a Saudi citizen at the Future Investment Initiative summit, a business conference, at which the Al-Saud kingdom unveiled plans to include more robots than humans by building a USD 500 billion mega-city, powered by solar and wind energy.

Since the announcement, the video of Sophia speaking at the conference has gone viral on social media, stirring many comments and criticisms of an alleged double standard.

According to the BBC, the hashtag #Robot_with_Saudi_nationality have been used 30,000 times in the first 24 hours following the news.

The female-appearing robot became the subject of a series of jokes, as it appeared on stage without an abaya and head scarf, which is required for all women in Saudi Arabia.

A Twitter user posted a picture of a woman with a robot’s face wearing a black headscarf and cloak, joking that Sophia would look like this after a while.

“Sophia has no guardian, doesn’t wear an abaya or cover up, how come?” complained another Twitter user.

Journalist Murtaza Hussain posted a note that read, “This robot has gotten Saudi citizenship before kafala workers who have been living in the country their entire lives,” referring to migrant workers who have not been given the same citizenship rights as the robot Sophia.

This robot has gotten Saudi citizenship before kafala workers who have been living in the country their entire lives https://t.co/RRCMH2rtZ8