Rabat - The Moroccan ambassador to the United Nations, Omar Hilale, has stressed the role women can play in conflict resolution, reports the Moroccan state-run press agency. 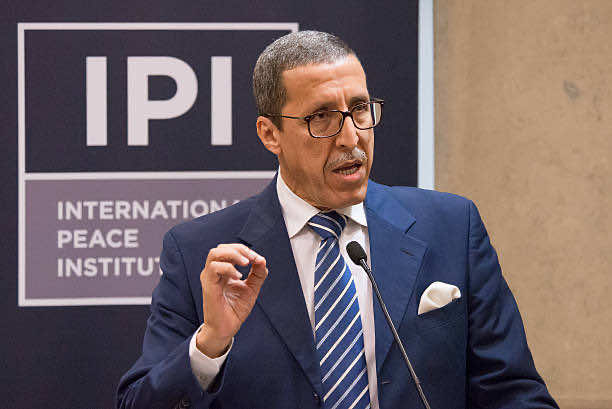 Rabat – The Moroccan ambassador to the United Nations, Omar Hilale, has stressed the role women can play in conflict resolution, reports the Moroccan state-run press agency.

Speaking during the UN Security Council’s debate on women, peace and security on Friday, Hilale said that women’s participation in the negotiation process increases the chances of a peaceful resolution of conflicts and the sustainability of peace and peace agreements.

The Moroccan UN permanent representative added that this statement is backed by figures. He cited to a 2015 study on the implementation of UN resolution 1325, “showing that the presence of women in peace negotiations promotes the sustainability of peace agreements and that 35 percent of agreements negotiated by women last more than 15 years.”

In 2000, the UN Security Council passed resolution 1325 and reaffirmed women’s role in the prevention and resolution of conflicts, peace negotiations, and in post-conflict reconstruction.

“This resolution is about integrating a gender perspective into multi-dimensional peace operations, including prevention, conflict resolution, and peacebuilding,” he added.

Hilale recalled that in September 2016, Morocco organized an international conference on the issue and “contribut[ed] to the debate on the role of women in peace processes and the implementation of national action plans to advance collective efforts towards the implementation of resolution 1325.”

The Moroccan ambassador remarked that the conference was an opportunity “to renew the UN commitment and the consensus of the international community to strengthen women’s participation in conflict resolution and peacebuilding.”

Morocco announced the creation of a regional think tank on women’s roles in peacekeeping operations and contributions to achieving sustainable development.