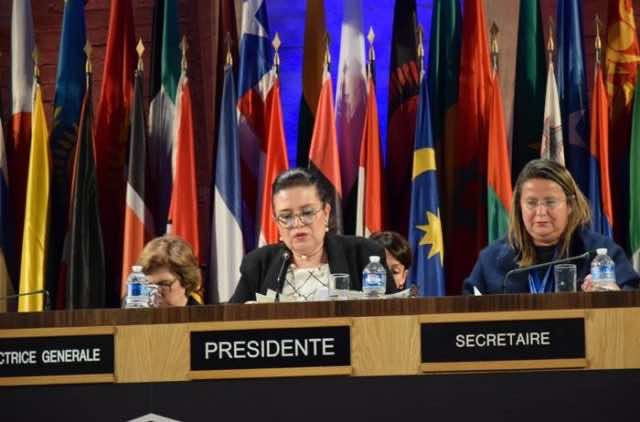 The ambassador, who has been Morocco’s representative at UNESCO since 2011, is now the first Arab, African, and Muslim woman to head this UN body. Alaoui will serve as the president of the 39th General Conference for the term 2017-2019, representing the 195 member states of UNESCO.

“I am extremely proud of the recognition of my peers at a time when the organization is experiencing a difficult and extremely sensitive context,” said Alaoui.

“Nothing would have been possible without the leadership of King Mohammed VI who, through his constant, thoughtful and strategic involvement, is effectively working to position Morocco and make it enjoy a prominent place on the international scene,” she added.

Alaoui obtained a Master’s in Liberal Studies from Georgetown University in 1992. She also holds a BA in Public Law from Mohammed V University in Rabat.

She served many important positions including Ambassador Extraordinary and plenipotentiary of King Mohammed VI in Sweden from 2006 to December 2011 and non-resident Ambassador of the Republic of Latvia from January 2009 to 2011.

The 39th UNESCO General Conference is taking place from October 30 to November 14 at the organization’s headquarters in Paris.