Rabat - After the two students were transferred and expelled from a Meknes high school for a stolen kiss, public outrage at the decision has led the regional academy to overturn the school board’s response.

Rabat – After the two students were transferred and expelled from a Meknes high school for a stolen kiss, public outrage at the decision has led the regional academy to overturn the school board’s response.

Last week, a 16-year-old student named Imane was permanently expelled from Mohammed V high school in Meknes after she and her 22-year-old fellow student were caught kissing during recess. While she was immediately kicked out, the boy was simply transferred to another school.

Newsdaily Akhir Saa was the first to report on the case on October 30, explaining that school took such extreme measures against Imane due to her “indiscipline,” as she has been the subject of “several complaints” before.

In a video relayed October 31 on social media, Imane and her father came forward to recount the events of the incident, barely able to hold their emotions.

“He suddenly kissed me”

“We were just sitting in the classroom during recess talking, when he [the man] suddenly kissed me,” began Imane, adding that after getting caught by a teacher, things immediately went downhill.

“The next morning when I came to school, the principal asked me to get my things and leave,” continued the girl. She sought her teachers for help, “but they all turned me down.”

On the evening of the incident, the man was called into the principal office and “spoke at length about what happened with his parent.”

“I wasn’t even given a chance to speak for myself,” Imane said. On the day of the board meeting, she recalled how she was the only one standing there, silenced by everyone. “I have no idea what the boy might’ve told them, but no one wanted to hear my side of the story,” she stated.

Devastated by the decision of the administration, the girl is in clear distress: “I’ve never failed a year of my studies, I am 16 and in my senior year in high school. I don’t know what to do, I just want to go back to school, that’s all I want, go back to school.”

As for the father, he is still in shock. A teacher himself with 24 years of experience, he expressed his total puzzlement at the school’s decision. “The least that should’ve happened is for the school to punish both of them equally for this so called ‘mistake,’ even though my daughter is still a minor and the boy is 22 years old.”

“But the school’s decision to permanently expel her comes as a complete disregard of the Ministry of Education’s directives, which are vehemently fighting against school dropout rates,” he adds.

“This decision could have catastrophic effects on both of them,” he stressed, explaining how Imane threatened to commit suicide after hearing the news of her expulsion. “When I told the principle, he simply brushed me off, seemingly indifferent to the repercussions of his decision on my daughter’s future and well-being.”

On social media, the news is raging a storm. Many activists and citizens alike have criticized what they described as a discriminatory decision.

Even some teachers are baffled by the expulsion. “A school should be a safe place for young people. It is where they are supposed to learn, be inspired, challenged, but most importantly educated,” Aicha Arjali, a high school teacher in Rabat, told Morocco World News.

“The school’s total disregard of the student’s interests, and their discriminatory stance against the girl, speaks volumes about the state of education in Morocco today,” Arjali added. “A teacher’s job is to not only pass down raw data; it is a pedagogic, educational, and human mission.”

“But ruining the future of two students because they were simply being teenagers is absolutely absurd and totally inacceptable,” said the teacher.

The story’s intensive media coverage soon carried the news and the public’s outrage to the ears of the Regional Academy for Education and Training of Meknes, who immediately responded.

In a press release published on October 31, the academy ordered the school board to “immediately return the students to their studies.”. The academy explained that the school’s decision is “a clear infringement of the ministerial directives, which call for alternative sanctions to expulsion and suspension.”

In fact, the academy cited a whole list of appropriate penalties that mainly consist of community services that benefit both the students and the school, such as helping in the organization of extracurricular activities (gym class, art class, library, and others). The academy stressed that all these alternative penalties must “preserve the dignity of the student and not expose them to any kind of physical or emotional harm, such as bullying.”

Imane’s case comes as a painful reminder of Morocco’s history of teenage public displays of affection. In 2013, a couple and their friend aged between 14 and 15 were detained in a juvenile detention center in Nador, northeastern Morocco. Their crime: kissing in public, then posting a photo of the kiss on Facebook.

The case was brought to court by a local NGO, the United Organization for Human Rights and Individual Freedoms, who accused the teenagers of “public indecency.”

The teenagers faced up to two years in prison. While they were soon after acquitted,  the court still “blamed” the young couple for their actions.

The irony of the case had stirred up social media since the imprisonment of the three young people. Supporters of the teenagers created a Facebook page of support and the hashtag #FreeBoussa (Free Kiss) on Twitter to denounce the case. On Twitter, users posted picture of themselves kissing in support of the teenagers.

Some NGOs then organized a widely controversial “kiss-in” in solidarity with the teenagers in Rabat. Forty people, including a dozen couples, participated by kissing in public, before receiving a violent backlash by counter-demonstrators. 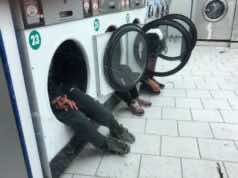 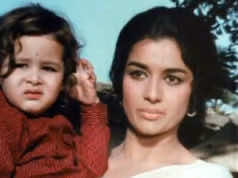