Rabat - Two men opened fire Thursday evening in an apparent gang-related assassination at the “La Crème” café, located in the popular tourist neighborhood of Hivernage in Marrakech, killing one person. 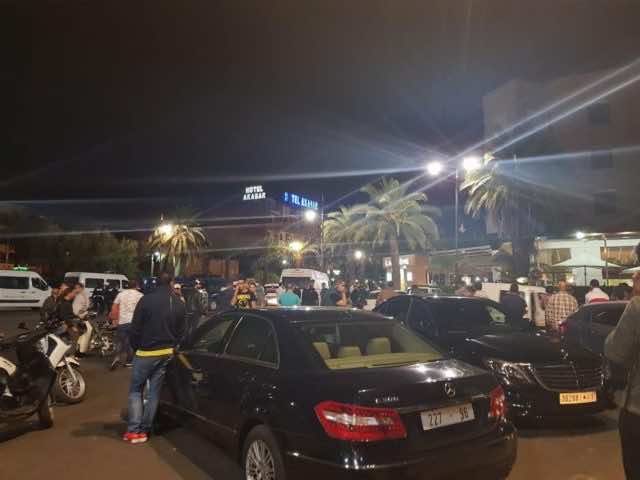 Rabat – Two men opened fire Thursday evening in an apparent gang-related assassination at the “La Crème” café, located in the popular tourist neighborhood of Hivernage in Marrakech, killing one person.

At about 7:45 p.m. Thursday, a motorcycle type T-Max stopped in front of the café, located in the Chatoui district of Marrakech, when two men, armed with guns, jumped off and shot the victim sitting on the terrace of the café.

One man was shot dead by the two masked individuals, and two other people at the cafe were injured by bullet fragments, according to Maghreb Arab Press (MAP).

The two injured victims were taken to the Marrakesh University Hospital Center (CHU) to receive treatment.

The victim was shot dead at point blank range in the presence of the cafe’s customers.

According to Marrakech authorities, the purpose of the shooting was to “settle scores,” and has nothing to do terrorism.

Abdelhak Al Khayam, Head of the Central Bureau of Judicial Investigations (BCIJ), told Maghreb Voices that “the shooting in Marrakech is not a terrorist act.”

The victim has been identified as the son of the President of the Court of Appeal in Beni Mellal, according to media reports. He was a twenty-six-year-old student at the school of medicine in Marrakech.

Security Police forces are currently at the scene investigating the circumstances of the attack.