Rabat - A devastating picture for Moroccan women in the World Economic Forum’s (WEF) latest gender gap report: Ranking 136th in the world, gender equality in the country is just two positions better than in Saudi Arabia. 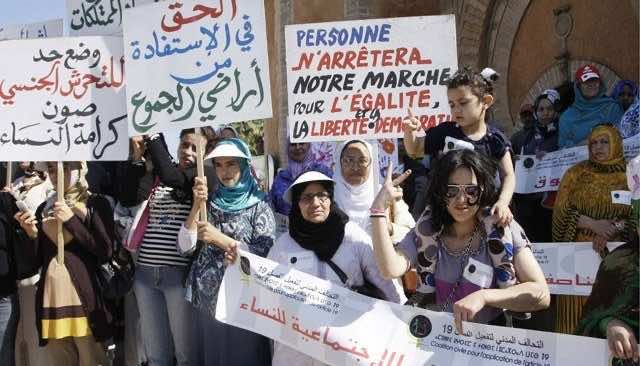 Rabat – A devastating picture for Moroccan women in the World Economic Forum’s (WEF) latest gender gap report: Ranking 136th in the world, gender equality in the country is just two positions better than in Saudi Arabia.

While progress in gender parity among the 144 countries surveyed has come to a screeching halt, at a lowly 136, Morocco is amongst the slowest countries to improve women’s working conditions.

Sandwiched between Jordan and Lebanon, Morocco’s abysmal ranking is mainly due to a damning drop in economic participation and opportunity, which  decreased from 0.461 in 2006 to 0.391 in 2017.

Besides economic and health factors, in terms of political participation only 20.5 percent of women are in parliamentary positions, compared to 79.5 percent of men. And pointing to the obvious in the subindex for “Years with a female head of state,” the report notes that Morocco has made zero progress.

Beyond Morocco, the gender gap worsened worldwide across all the four major indicators; educational, health and survival, economic opportunity, and political empowerment.

The MENA region is the lowest-ranked region in the report, with an average remaining gender gap of 40 percent. The best-performing countries are Tunisia at 117, the United Arab Emirates at 120, and Bahrain at 126.

2017 is the worst year in a decade marred by slow progress. “A decade of slow but steady progress on improving parity between the sexes came to a halt in 2017, with the global gender gap widening for the first time since the WEF’s Global Gender Gap Report was first published in 2006,” said the report.

At the current rate, it will take up to 100 years to close the gender gap worldwide, drastically up from the 83 years estimated just in 2016.

Women will also have to wait 217 years before they can earn as much as men and become equally present in the workplace, and 99 years to be equal with men in terms of political representation.