Rabat - The police have arrested two Dutch nationals for their involvement in Thursday’s shooting in Marrakech, in which attackers killed one and seriously wounded two others in a cafe, announced the General Directorate of National Security (DGSN) November 4. 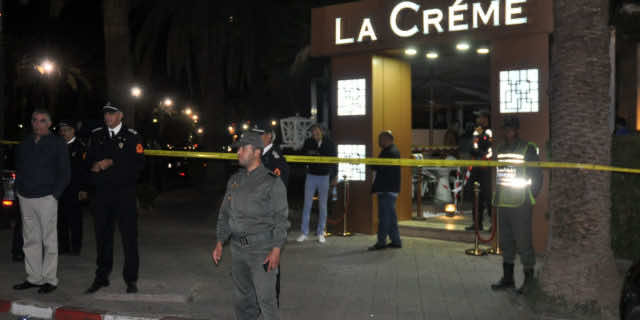 By
Chaima Lahsini
-
Chaima Lahsini is freelance journalist and activist with the Al-Fam collective in Rabat.
Nov 4, 2017
Spread the love

Rabat – The police have arrested two Dutch nationals for their involvement in Thursday’s shooting in Marrakech, in which attackers killed one and seriously wounded two others in a cafe, announced the General Directorate of National Security (DGSN) November 4.

Six other individuals suspected of being involved were detained Friday dawn in Casablanca.

The two suspects, aged 29 and 24 originally from the Dominican Republic and Suriname, were already known by the Moroccan authorities for their direct involvement in cases of international drug trafficking, kidnapping, armed robbery, and attempted homicide.

Following the investigations carried out with international security cooperation, the DGSN said that the suspects entered Morocco about a week ago. The police were able to identify the two hotels where they stayed, “one of which is located across from the cafe where the crime took place.”

The DGSN noted that these two individuals “were sighted by eyewitnesses four times” in the vicinity of the La Crème café before the shooting.

During their arrest, local authorities seized the laptop of one of the suspects, finding that he had made “several searches” on the internet for a Glock 9mm pistol, the same used in the crime, according to the DGSN.

According to the DGSN’s report, the suspects are currently in the custody of the public prosecution, pending the results of the remaining technical, biological, and ballistic investigations of the DGSN’s Scientific and Technical Police Laboratory.

The source added that the international security coordination procedures are still working to locate and arrest the main instigator of the crime, who has turned out to be the subject of international arrest warrants issued by Morocco and another European country for his involvement in international drug trafficking and homicide. He is suspected to currently be hiding in the Dominican Republic.

According to media reports, the gunmen were after the cafe’s owner. The victims were merely “in the wrong place at the wrong time,” said television channel 2M. This has not yet been confirmed by the police.

The owner of the café allegedly received death threats before the shooting, said the channel.

He is suspected of being involved in international money laundering and drug trafficking rings. Originally from the northern Rif region, he is reported to have lived in the Netherlands before settling in Marrakech.

According to newspaper Al Yaoum24, the cafe owner had questionable links with a money laundering tycoon in Morocco who is likely to be the mastermind behind the shooting. 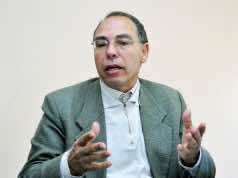