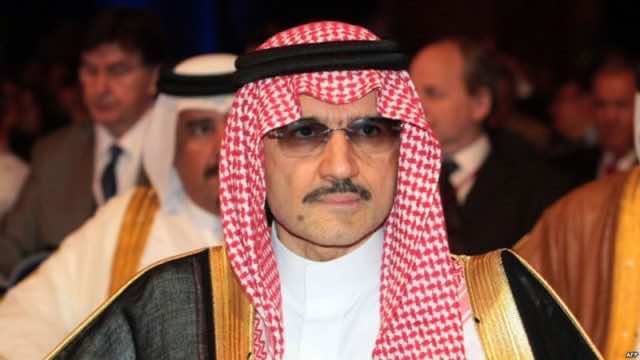 The news of Prince Bin Talal’s arrest made every headline yesterday’s night, sending shock waves both through the Arab world and international major financial circles. The billionaire royal is not only renowned for his progressivist ideologies, but also for his impressive wealth.

One of the world’s richest men, Bin Talal controls the Kingdom Holding investment firm, and owns major stakes in News Corp, Citigroup, Twitter and many other international corporations. The prince also owns many satellite television networks watched across the Arab world.

The unprecedented decision was taken after a Saudi anti-corruption body was formed by royal decree and led by Crown Prince Mohammed bin Salman.

The anti-corruption body will be also in charge of “identifying offenses, crimes, persons and entities involved in cases of public corruption,” according to a statement by Saudi King Salman Bin Abdulaziz Al Saud. The communique was released by the state-owned Press Agency (SPA).

The body has been given full power to arrest, ban officials from travel and freeze their accounts if deemed corrupt, SPA has revealed.

King Salman sacked several senior ministers, including the head of the National Guard and commander of the Saudi navy.

The royal decision was made “in view of what we have noticed of exploitation by some of the weak souls who have put their own interests above the public interest, in order to, illicitly, accrue money.”

The supreme committee will have to submit a report to the King on its investigations and findings.

The announcement of the arrests sparked shock among Saudis, unaccustomed to this kind of unprecedented changes. The Saudi government has seen notable  adjustments  just months after King Salman replaced on June 21  his nephew Mohammed bin Nayef, with his son Mohammed Bin Salman as the country’s crown prince.

When Mohammed Bin Salman became the crown prince, the kingdom has witnessed important reforms as he announced his plans to change the country’s economic visions.  At 32, Bin Salman pledged to make Saudi Arabia “a place for dreamers who want to change the world.”