Rabat - The Party of Progress and Socialism (PPS) put an end to speculations about its potential withdrawal from the government coalition by announcing on Saturday that it will remain in the government. 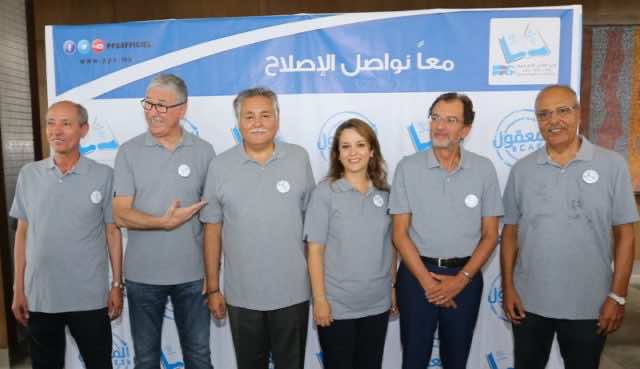 Rabat – The Party of Progress and Socialism (PPS) put an end to speculations about its potential withdrawal from the government coalition by announcing on Saturday that it will remain in the government.

Yesterday, the party’s Central Committee, convened in Salé to discuss the party’s position in the coalition less than two weeks after King Mohammed VI sacked two out of the party’s three ministers in Saad Eddine El Othmani‘s cabinet.

The party will have to name two other members to assume the vacant ministerial positions.

In addition to firing Benabdellah and El Ouardi, the monarch expressed his discontent vis-à-vis the record of another other PPS minister, Mohamed Amine Sbihi, who was in charge of the Ministry of culture.

A communiqué by the royal palace explained that the dismissal of PPS ministers, along with two others belonging to the Popular Movement (MP) party, was related to the findings of the Court of Auditors, a state body in charge of investigating and monitoring public spending, chaired by the former prime minister Driss Jettou. The council pointed to dysfunctions in the realization of Al Hoceima Manarat Al Motawasit projects program and to the responsibility of the dismissed ministers in the projects delay.

The findings were criticized by PPS’s former leader, Moulay Ismail Alaoui, who described it as a “selective” approach in investigating the dysfunctions in the projects program. In an interview with Tel Quel, El Alaoui expressed his astonishment at the fact that the ministries of equipment and agriculture were spared criticism.

PPS has practically been the only true ally of the Islamist Justice and Development Party (PJD), despite ideological differences between the two, since the former communist party joined Benkirane’s coalition.

In September 2016, Benabdellah accused the King’s advisor, Fouad Ali El Himma, of meddling in politics in favor of his former party, the Authenticity and Modernity Party (PAM), PJD’s main rival. The royal palace reacted angrily at his statements, calling them “unfounded” and “dangerous”.

Following the royal dismissals of Benabdellah and El Ouardi, some observers started speculating about the party’s potential withdrawal from the government, pointing to a possible integration of the Istiqlal Party (PI) into the coalition to replace both PPS and MP.