Rabat - On the morning of Sunday, November 5th in Sutherland Springs, Texas, 26-year-old Devin Patrick Kelley opened fire inside a Baptist church. The shooting left 26 people dead and 20 others injured in the worst mass shooting in Texas history. 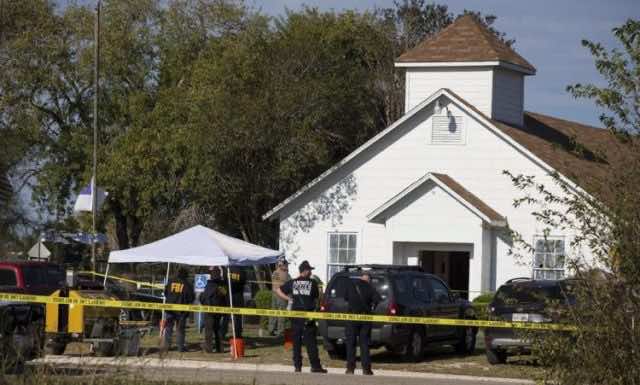 By
Lameese Madi
-
Lameese Madi is a correspondent based in Kansas City, Kansas.
Nov 7, 2017
Spread the love

Rabat – On the morning of Sunday, November 5th in Sutherland Springs, Texas, 26-year-old Devin Patrick Kelley opened fire inside a Baptist church. The shooting left 26 people dead and 20 others injured in the worst mass shooting in Texas history.

As described to authorities, Kelley was wearing all black tactical gear when the assault occurred. He was a former U.S Air Force member who was court martialed in 2012 for two counts of assault on his then-wife, as well as an assault on their child.  He was confined  for 12 months and his rank was reduced, and was ultimately discharged on a charge of bad conduct.

Kelley has also been recently terminated from his unarmed security guard position—a position that was mostly confined to security at events like concerts, checking gate locks after events closed at night. Kelley did not at the time have a license to carry firearms, however he had purchased four between 2014 and 2017—two from Colorado and two from Texas. At the scene, three firearms were recovered.

As the gunman was leaving the church, a resident of the area pursued him with his own rifle and shot at the suspect, officials say. Kelley fled to his car as the unidentified resident flagged down another bystander and followed Kelley in the resident’s vehicle.

They chased down Kelly until he crashed his car off the side of the road. When police arrived, they found Kelley shot in what appeared to be a self-inflicted gunshot wound, Wilson County Sheriff Joe Tackitt said.

The police have not publically recognized a motive for the attack, but it does not seem to be racially or religiously motivated.  Kelley’s mother-in-law frequented the church that he opened fire on, and although she was not there at the time of the attack, she had “received threatening texts” from him that morning.

The victims include eight relatives in a single family, ranging from ages five to 72 years old. One witness also reported that a 1-year-old girl in the same family was killed alongside her family members in the attack.  20 other people were injured, and 10 remain in critical condition. 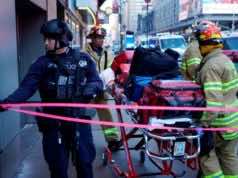