Rabat - A photo of a derailed high-speed train (TGV) car in Laouamra, a town near the city of Larache, has become the target of mockery by Moroccan netizens. 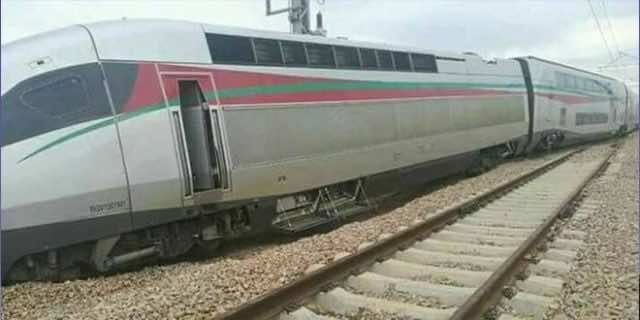 Rabat – A photo of a derailed high-speed train (TGV) car in Laouamra, a town near the city of Larache, has become the target of mockery by Moroccan netizens.

The photo was widely shared by Moroccan Facebook users, who claimed that the  incident occurred on November 2 while running tests on the high-speed train.

Commenting on the photo, some complained that the TGV was an “unsuccessful” project, while others commented that they would rather take old trains, even they are “always late.”

“What a good start for the TGV. It is preferable to wait for normal trains, which are obviously always late, than take this one, which failed in its first test despite spending billions on it,” wrote El Jadida Facebook page.

In response, Morocco’s national railway operator ONCF took to its Facebook page on November 8 to reveal how the incident occurred.

“An axle of the train derailed during a maneuvering operation of the TGV, which was idle and towed by a diesel machine at a speed of less than 10 kilometers per hour, ”said ONCF.

The company also refuted the claim that the incident occurred during testing operations. “The high-speed train was not running tests when the incident happened, as people publicized.”

The railway company added that “specialized teams of the ONCF intervened immediately and proceeded to get back the TGV axle to its track,” explaining that the incident “has not resulted in any damage to the TGV nor to the completion of the testing operations.”

In October, Morocco received a loan of EUR 80 million from the French Development Agency (AFD) to fund the last segment of the Tangier-Casablanca high-speed train project. This followed the French agency’s initial grant of EUR 220 million in 2011 for the establishment of the project, which was originally scheduled to be finished in 2015, but was postponed to 2017 because of delays caused by infrastructure projects.