Rabat - Catalonia’s declaration of independence has been officially overruled by Spain’s highest legal authority in the midst of regional secessionist protests. 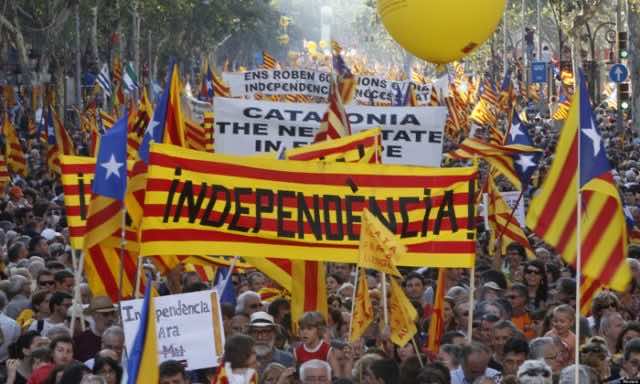 Rabat – Catalonia’s declaration of independence has been officially overruled by Spain’s highest legal authority in the midst of regional secessionist protests.

The ruling came as separatist protesters held a major strike, blocking major roads with burning barricades and demanding the release of Catalonian government officials and activists currently detained in Madrid.

Immediately after the declaration of independence, the Spanish court used, for the first time, a constitutional power that allows it to impose direct rule on the region.

The court broke up the Catalonian parliament, fired the Catalan government, and called a new regional election in December.

The separatist movement leader, Carles Puigdemont, escaped to Brussels, where he said he would run the Catalan government from afar. But after Spain issued a warrant for his arrest, he handed himself in to Belgian authorities and has been released on bail.

Spain has said that Puigdemont can run in the elections but may face difficulties in doing so from Belgium.

The Spanish High Court has also taken into custody eight senior members of the Catalan government, including Vice President Oriol Junqueras who is facing charges of rebellion, sedition, and embezzlement, which could lead to 30 years prison sentences, the same as for cases of terrorism or murder.

Spain is considering constitutional changes that could allow its regions to hold referendums on independence in the future, the foreign minister has said.

Spain’s Minister of Foreign Affairs, Alfonso Dastis, has told the BBC that “Spain is considering constitutional changes that could allow its regions to hold referendums on independence in the future.”

“We have created a committee in parliament to explore the possibility of amending the constitution to be able to accommodate better the aspirations of some of the Catalan people,” he said.

Dastis added that “we acknowledge there is a political situation that deserves to be looked at but, in any case, it’s clear that the decision will be taken, will have to be taken by all Spaniards.”