Rabat - Over the last two years, Morocco has made headlines for its bold efforts to embrace a dynamic 21st century economy. 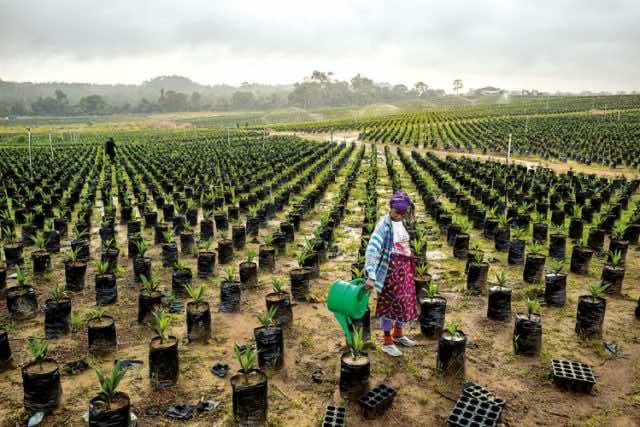 Rabat – Over the last two years, Morocco has made headlines for its bold efforts to embrace a dynamic 21st century economy.

An ambitious aerospace ecosystem with industry giants such as Boeing and Thales Group. The massive Noor solar power complex outside Ouarzazate. Hundreds of wind turbines along both the Mediterranean and the Atlantic coast. Little wonder that in the most recent World Bank Doing Business ranking, Morocco finished ahead of all its North Africa neighbors.

It’s also worth noting, though, the critical role that agriculture plays in both Morocco’s economic life and in its social fabric. In Egypt, home to the fertile Nile Delta, the agriculture sector contributes about 11% to the nation’s GDP. In Morocco, agriculture contributes 15%. In the first half of 2017, Morocco was Spain’s largest non-domestic provider of fruits and vegetables. Policy decisions made decades ago have helped give Morocco a solid foundation from the perspectives of food security, food accessibility, rural employment and social stability.

A Moroccan colleague from the Errachidia region mentioned last year that modest but sustained agriculture and transport infrastructure improvements over three decades—including the construction of dozens of reservoirs and expanded rural road networks—have played a significant role in the durability of the kingdom’s agriculture sector. Before the Green Revolution of the mid-1960s that increased farm yields, agriculture in the developing world faced a number of critical threats, from crop-destroying fungi to produce rot due to logistical and transportation challenges.

Morocco’s agriculture sector frequently played a key role in GDP growth in the years preceding the recent emphasis on manufacturing and professional services. The agricultural sector contributed half of the impressive 6.5 per cent GDP growth in Morocco in 2001. Nearly 40% of jobs in Morocco are agriculture related. Yes there are lean years, too, but agriculture will remain a key component of the kingdom’s economy.

In 2008, Morocco adopted the Green Morocco Plan (Plan Maroc Vert), committing the kingdom to significant agriculture sector modernization and administrative reforms designed to strengthen the sector and to promote the development of value-added crops (vegetables and fruits) not just basic cereal crops. The plan has been successful in both increasing the amount of arable land in production and in reducing food insecurity. Like rainfall during the winter months to refill reservoirs, making the best use of limited natural and government support resources is necessary.

Small, midsize and large commercial farming all play a role in keeping Morocco’s economy robust, diverse and relevant to regional markets. Equally important, agriculture plays a key role in the vitality of rural Morocco and the sector reinforces important tenets of environmental stewardship and community empowerment. From the Date Festival in Erfoud to the Cherry Festival in Sefrou, celebrating local agriculture means celebrating community history and regional development.

Yes, beyond recurring droughts, the challenges that face the micro- and mid-size agriculture sector in Morocco are many; from aging irrigation resources to energy costs and bureaucratic regulation to crop rotation challenges. Farming requires patience and persistence as well as an embrace of new technologies and practices.

In October, Morocco announced, under the guidance of the Ministry of Energy, Mining and Sustainable Development, that the kingdom’s agricultural sector will begin adopting solar energy to power water pumps for irrigation. Burgeoning new practices like agrovoltaic technology are part of the solution that will help farmers reduce energy costs by requiring less butane gas to power irrigation pumps. Additionally, a more robust agriculture export strategy would serve Morocco and its trade balance sheet well.

Yes, it will take time for the latest sustainability resources to become common practice on small and mid-size plots, but reducing production costs is a critical factor in creating a competitive agro-business sector as well as sustainable rural communities. Agriculture is still king in many parts of the American Midwest. And it’s still true in the fertile Rif region and in semi-arid Errachidia where I toured the Halib Ziz dairy co-op in 2015. The director told me that things were going very well for the co-op and that more consumer dairy products, like cheese, were being planned.

New auto assembly lines near Tangier and high-tech hubs in Casablanca are critical for developing a 21st century knowledge economy and retaining young talent who might otherwise leave. But supporting the kingdom’s critical agriculture sector represents an investment in the places where millions of Moroccans call home, particularly in an era where big cities across the MENA region are filled with unemployed or underemployed young adults. That other less glamorous green success story is one that Morocco can be proud of because it has played such an important part of how Morocco arrived at this point in time.