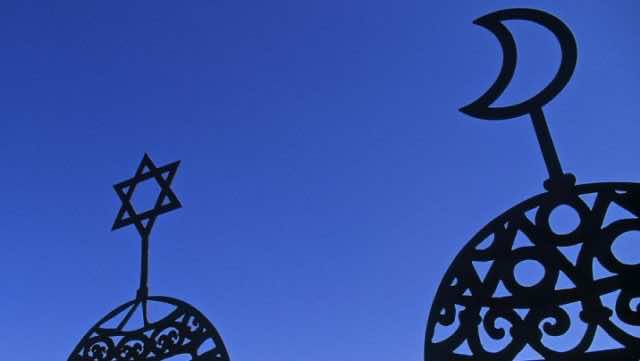 Jews and Muslims are frequently asked by Christians why they do not believe that Jesus was The Son of God. As a rabbi I would like to share with you how I answer this question; but first I must tell you something about myself.

I am a Reform Rabbi who first became interested in Islam almost 60 years ago, when I studied Islam at the Hebrew University in Jerusalem. I have continued my study of Islam off and on since that time.

A Muslim is one who submits to the will of God and believes that God has sent many different prophets to the many peoples of the world. As a Reform Rabbi I believe that Muhammad was a prophet; and I believe that the Qur’’an is as true for Muslims as the Torah is true for Jews.

Indeed, I love the Hadith also narrated by Abu Huraira that says, “The people of the Book used to read the Torah in Hebrew and then explain it in Arabic to the Muslims. God’s Apostle said (to the Muslims). “Do not believe the people of the Book, nor disbelieve them, but say, ‘We believe in God, and whatever is revealed to us, and whatever was revealed to you.’

I do respect the Qur’’an very much as a kindred revelation given in a kindred language, to the descendants of a kindred people, In fact, the people, the language and the theology are closer to my own people, language and theology than that of any other on earth.

Of course, more than 80% of Muslims in the world today are not of Arab decent. But Arabic is their sacred language and the tradition that Arabs and Jews are cousins is widely accepted.

As a Rabbi who is a student of both the Torah and the Qur’an I sometimes begin my answer by pointing out that according to the Gospels themselves, Jesus almost always referred to himself not as the ‘Son of God’; but as ‘The Son of Man’.

The expression “the Son of man” occurs 81 times in the Greek text of the four gospels and only very rarely do even the Gospels claim Jesus directly called himself the ‘Son of God’.

The gospel writers and many of the people in the New Testament, including one possessed by evil spirits (Mark 5:2-7), did call Jesus the ‘Son of God’; but Jesus himself strongly preferred the term ‘Son of Man’, although he often did refer metaphorically to God as his father.

The Qur’an states: “Allah is only One God. Far be it removed from His transcendent majesty that He should have a son. All that is in the heavens and all that is in the earth is His. Allah is sufficient as a Defender.” (Quran 4:171)

Both Jews and Muslims agree that the One God is sufficient to provide suitable religious guidance to each and every people on earth without help from anyone else; including a son.

The Qur’an also states: “It is not suitable for Allah, Glory be to Him, that He should take unto Himself a son. When He decrees a thing, He only says to it: Be! and it is.” (Quran 19:35) When Allah created Adam, Adam did not become the ‘Son of God’.

God says: “Lo! the likeness of Jesus with Allah is as the likeness of Adam. He created him from dust, then he said to him: Be! and he is.” (3:59) No one thinks Adam is the Son of God’.

As the Qur’an states: It is not (possible) for any human being to whom Allah had given Scripture, wisdom and prophethood, that he should afterwards have said to mankind: Be slaves of me instead of Allah; but (he said): Be ye faithful servants of the Lord by virtue of your constant teaching of Scripture and your constant study of it. (Qur’an 3:79)

Jews and Muslims agree that in the years after his death, some of Jesus’ followers began to believe and teach that the close connection Jesus felt to his father in Heaven meant he was not just the ‘Son of Man” as he so often stated, but also literally the ‘Son of God’. This new interpretation by some of his apostles of the metaphors ‘father’ and ‘child of God’, was a major mistake that Jesus did not foresee.

The Torah does refer both to the whole People of Israel metaphorically as God’s first born son. (Exodus 4:22) and also refers to all those who are duty bound to act, even when mourning, as God commands us; as sons/children of God: “You (Plural) are Children of the LORD your God.” (Deuteronomy 14:1)

Does this mean that Jews either as individuals or as a people are Divine? Of course not. No Rabbi from the most Orthodox to the most Reform has ever taken these verses of the Torah literally. The term son/child of God should never be taken literally. It is a metaphor. It must be interpreted just as we interpret all the other verses in the Bible.

To say that every verse of Sacred Scripture must be interpreted; is not being disrespectful. To the contrary. It means that we have to give some thought and study to each verse in a Divine text. We cannot read Torah the way we read an ordinary book.

Jews dialogue with Torah. She challenges, inspires and questions us, and we examine and embrace her. The Jewish mystics asserted that each verse in the Torah is capable of being interpreted in seventy different ways.

Throughout the generations Rabbis have offered different meanings and views of Torah verses but according to the Talmud God said, “Both these (views) and those (views) are the words of the living God.”

God lives because of the ongoing interaction between the Divine revelation and its adherents. Without this dialogue the text would be a dead letter text and we would lack spiritual vitality and growth.

Some verses were meant for special historical circumstances or conditions. Some verses have to be understood in the light of other verses. And all verses have to be interpreted with the guidance and insight of the many generations of commentators who have preceded us, as well as the best understandings of our own age.

Here are some examples of Midrash (the interpretive process at work) for “sons of God”.

The Hebrew word translated as sons, does sometimes mean sons, but usually it means children. Women can be as close to God as men, or closer.

Children indicates a very close loving relationship unlike that of King and subject. Millions of people can love a King but a King can’t love millions of people. God can.

First-born son indicates that God will send prophets to other nations in later generations.

First-born refers to the historical fact that Israel’s Torah is the oldest of the living holy books that have come down to us. The older Epic of Gilgamesh text that mentions the man in the ark (Noah) has been dead for more than 15 centuries. The younger Gospels and Qur’an are still alive.

The Torah says Israel is God’s first-born son. The Torah does not say God’s only son.. Just as parents love all their children; so too does God love all nations and religions.

The first born is unique but that entails extra responsibilities; not extra privileges. “For you alone have I cared among all the nations of the world, therefore I will castigate you for all your iniquities.” (Amos 3:2)

Israel can not have any other Father except the One God of Israel; but God can and does redeem other nations. “Are not Israelites like Ethiopians to me? Says the Lord. Did I not bring Israel up from Egypt, the Philistines from Crete and the Arameans from Kir?” (Amos 9:7)

In the Messianic Age, the one and only God, who should not be represented by any image or incarnation; will be invoked by all humanity, even while each people still retains its own religion and its own name or term for God.

Rabbi Maller’s web site is: rabbimaller.com His new book ‘Judaism and Islam as Synergistic Monotheisms: A Reform Rabbi’s Reflections on the Profound Connectedness of Islam and Judaism’ (a collection of 31 articles by Rabbi Maller previously published by Islamic web sites) is now for sale ($15) on Amazon and Morebooks. 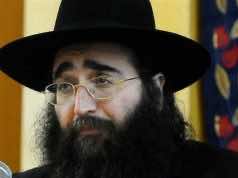 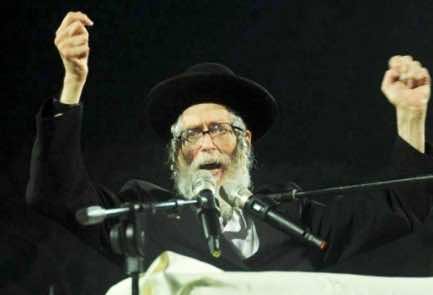