Rabat - Moroccan Spanish player Munir el Haddadi has reportedly asked the Royal Moroccan Football Federation (FRMF) to support his desire to play with the Moroccan national team, according to the Moroccan daily Assabah. 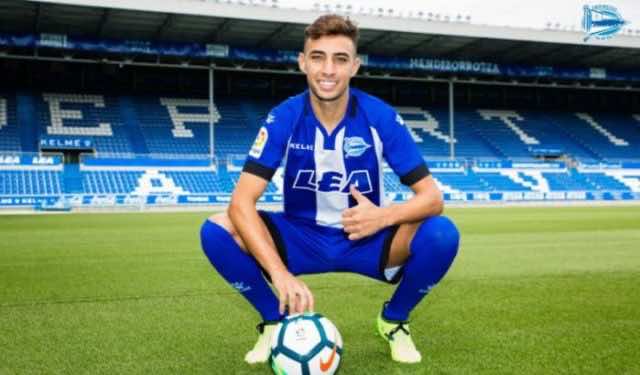 Rabat – Moroccan Spanish player Munir el Haddadi has reportedly asked the Royal Moroccan Football Federation (FRMF) to support his desire to play with the Moroccan national team, according to the Moroccan daily Assabah.

The newspaper said that the striker, currently enrolled in the Alavés on loan from Barcelona, ??has also contacted FIFA officials and demanded that they defend “the rights of binational players.”

Born in the Madrid town of San Lorenzo del Escorial, of Moroccan parents, el Haddadi debuted with the Spanish national team on September 8, 2014, under the guidance of Vicente del Bosque, in a qualifying match for Euro 2016 against Macedonia. (5-1).

The striker barely played thirteen minutes and has not returned to play for Spain, but the brief release implies, according to FIFA rules, that el Haddadi cannot be called by another selection, despite having made public his desire to change his sports nationality.

In a statement to Assabah, el Haddadi said he does not understand why briefly donning the uniform of Spain “has to weigh on” him. El Haddadi wants to participate in the World Cup in Russia with Morocco, which secured its qualification for the tournament on Saturday with a 0-2 victory against the Ivory Coast.

The FRMF has already expressed on several occasions its interest in taking in the striker and has repeatedly requested its Spanish counterpart to issue player’s sports passport.

Haddadi expressed his desire to play for the Moroccan national team last summer. In July, Fouzi, Lekjaa, the head of the FRMF, was optimistic about the prospects of Haddadi’s chances to switch national teams.

“Munir El Haddadi will be one of the Atlas Lions, but we have to wait for the FIFA’s final say,” Lekjaa said then.

Haddadi came to the spotlight in the summer of 2014 when then F.C. Barcelona head coach Luis Enrique included in the club’s first team. His performances in the pre-season caused frenetic competition between Morocco and Spain’s national teams to convince him to join their ranks. In early September 2014, the young player, who was then 19 years old, was put under heavy pressure by Spanish media and decided to play for Spain.