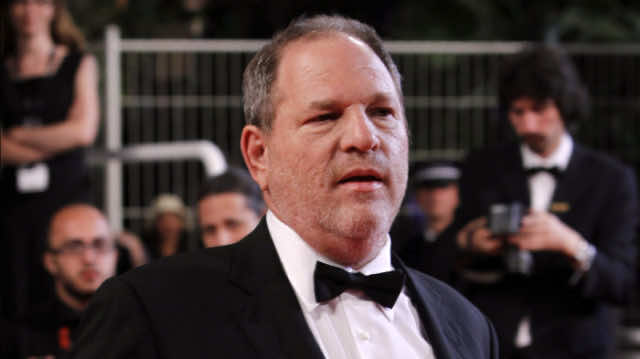 Rabat – It started out slowly, first with allegations from actresses Ashley Judd and Asia Argento, then from former employees like Emily Nestor, and eventually implicating dozens of high-profile actresses all coming out of the woodwork with allegations of some form of blatant and inexcusable sexual assault perpetrated by none other than Harvey Weinstein—a Hollywood movie tycoon responsible for Oscar-winning movies like “Pulp Fiction,” “Shakespeare in Love,” “The King’s Speech,” and “Silver Linings Playbook.”

The allegations surrounding Weinstein and the people closest to him were shocking. This was sexual assault in its least nuanced and most obvious form, forced upon now-famous actresses who no longer have to fear ostracism from the industry—so why did it go on, unreported, for so long?

Unfortunately, Weinstein’s accusers were not alone in their experiences. As more and more people came out with stories of Weinstein’s unwanted advances and industry-related promises in exchange for sexual favors, other actors publicly spoke out about their accounts of sexual assault in Hollywood, revealing the hideous underbelly of one of the world’s most lucrative industries. Among the accused were Brett Ratner, Woody Allen, Kevin Spacey, Casey Affleck, and Dustin Hoffman—all established, award-winning actors and filmmakers. In a particularly chilling account of Weinstein’s behavior, Lupita Nyong’o—Oscar-winning actress of “12 Years a Slave”—recalls fearing that she had jeopardized her career by denying the sexual advances of the powerful Hollywood player. Nyong’o even described a not-so-thinly-veiled threat from Weinstein after she declined his offer to spend the night with him in his hotel room. “I just want to know that we are good,” the actress recalled saying after the incident occurred in her New York Times opinion piece. “I don’t know about your career, but you’ll be fine,” Weinstein allegedly retorted, in what the actress described as “a threat and a reassurance at the same time; of what, [she] couldn’t be sure.”

As a result of these allegations, on October 8, 2017, Weinstein was fired from his position at the production company that he co-founded, The Weinstein Company.

Similar to Harvey Weinstein, Brett Ratner is a powerful Hollywood movie producer responsible for the production of movies like “Rush Hour,” “X-Men,” and “Horrible Bosses.” Also like Weinstein, Ratner was the next Hollywood powerhouse to be publicly outed by actresses who he had sexually harassed, newly empowered by what is now becoming known as “The Weinstein Effect.” Women including Olivia Munn, Ellen Page, and Natasha Henstridge recall Ratner following them into bathrooms and masturbating in front of them, several newspapers recently reported. Ratner now awaits his fate as “Wonder Woman” star Gal Gadot is refusing to star in the movie’s sequel if Warner Brothers does not fire Ratner.

Kevin Spacey also came under fire recently for allegations that he had sexually assaulted actor Anthony Rapp when he was only 14, leading to a flood of Spacey’s past victims—both male and female—to come forward with similar stories.

This “Weinstein Effect” has been a long time coming for the Hollywood film industry—and in many ways, it is already too late. In an industry that thrives on the exploitation of women in its movies and media, the idea that “sex sells” has been taken too literally, and too many women have fallen victim to powerful men taking advantage of them.

The question is, what took so long? This can only be answered by examining the patriarchal, male-dominated society in which all Americans—even the glamorous stars of Hollywood—are subject to. A world in which 95% of CEOs are men is a world that oppresses women, and prevents them from climbing the ladder of any major company—Hollywood-affiliated or otherwise. As long as women are kept in subordinate professional positions who rely on men to promote them, sex will continue to be used as a method of intimidation by powerful men unto women.

The reasons given by the actors and actresses affected by this type of assault for not coming forward before now are all consistent—fear that the powerful perpetrator would ruin their careers, the troubling belief that it is “just what happens” in the movie industry, and an acute sense shame, or self-blame.

These sentiments are consistent across all types of people in the Hollywood industry, and are perpetuated by both the people in power, and the people close to them who choose to look in the other direction. The ability of the “Weinstein Effect” to embolden people to speak out about their experiences is a great start—as is the subsequent ousting of the formerly indestructible Hollywood moguls from their high positions in the industry. However, in order for this kind of behavior to stop happening, there needs to be a structural shift in the way that society functions. It’s not just about firing men who are accused of sexual misconduct, it’s changing the narrative and the power dynamics of the professional world—particularly in Hollywood—so that women are no longer systemically disenfranchised by their status as secondary citizens.