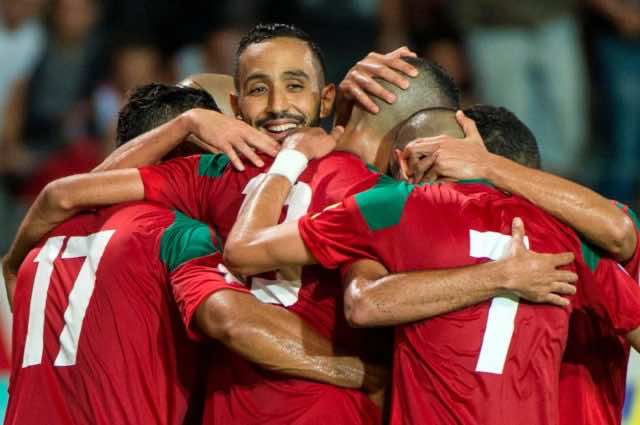 The bravura 2-0 victory over Ivory Coast—played in the Ivory Coast capital, Abidjan—created a surge of pride across the kingdom from big cities to small towns, desert to coast, street-smart hustler to stay-at-home moms/dads.

The victory gives meaning to national identity for many young Moroccans and it came 20 years after Morocco’s memorable 1-0 World Cup qualifier victory over Ghana. The defense for the Atlas Lions didn’t allow a single goal during this qualifying round and, as we say in the U.S., the team has its ticket punched for the 2018 World Cup tournament for the first time in 20 years.

The favored Ivory Coast team was seeking to qualify for its fourth consecutive World Cup. The team won the 2015 Africa Cup of Nations championship and is a perennial African powerhouse in CAF soccer. But history intervened.

In 1980, the United States Olympic hockey team was comprised of 20 players; nearly all were young college players from hockey programs in Massachusetts, Michigan and Minnesota. The team was the youngest men’s hockey team in the Olympics that year. The Soviets had won the previous four Olympic gold medals in men’s hockey and were heavy favorites to win the gold medal again.

The joy that comes with victory, particularly for an underdog, is both emotionally intense and sublime. In February 1980, as the Winter Olympic Games began, the United States was entering a recession. Unemployment was at 6.5 per cent and rising. The inflation rate was 10%.

In a speech seven months earlier, President Carter talked about a “crisis of confidence” among the American people. The national mood was dour. The 4-3 victory over the Soviet team on February 22 was one of the greatest upsets in Olympic team sports history. It served to boost national morale, especially considering the youth and lack of international competition experience among the U.S. players. The gold medal would come two days later with a victory against Finland. Legends were born.

Soccer matters in Morocco. Today and tomorrow. To quote assistant coach Mustapha Hadji, the game “can make you cry in one second and make you feel in love the next.” Hervé Renard, the team’s coach, noted the victory’s significant role in changing “the state of mind of the Moroccan fans.”