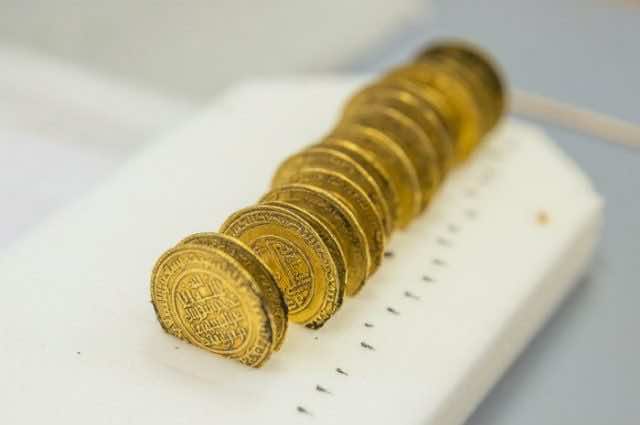 Rabat – A team of French archaeologists has found a medieval treasure trove of precious objects originating from Morocco and Spain, buried for over eight centuries at the Abbey of Cluny in eastern France.

The team from Lyon University and the National Center for Scientific Research (CNRS) unearthed more than 2,200 silver deniers and oboles, 21 Islamic gold dinars, a signet ring and several items made of gold, dating back to the first half of the 12th century in mid-September, but they did not officially announce the discovery until late Tuesday. 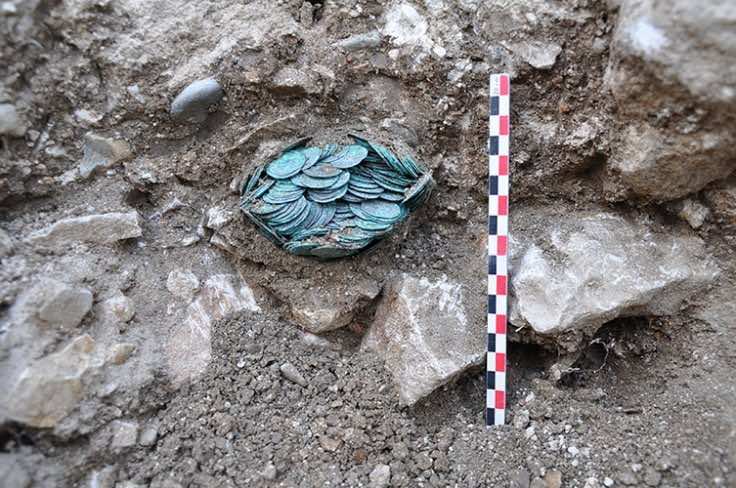 The find is a first of its kind, as the gold coins from the Arab lands, the silver French deniers and the signet ring were all found together in an enclosed complex, carefully hidden in a cloth bag.

“This is an exceptional find for a monastic site and especially that of Cluny, which was one of the largest abbeys in Western Europe in the Middle Ages,” said the CNRS, adding that the treasure was buried under a floor near a wall of the abbey, where it seems to have remained hidden for 850 years.

An analysis found that the gold coins “were struck between 1121 and 1131 in Andalusia and Morocco, under the reign of Ali Ben Youssef (1106-1143), fifth king of the  dynasty of the Almoravids,” reports Le Point.

“The overall value of this treasure for the time is estimated between three and eight horses, the equivalent of cars nowadays, but in terms of the running of the abbey it’s not that much, amounting to about six days of supply of bread and wine,” said currency expert Vincent Borrel.

According to Anne Baud, who led the open excavation site with her students and researchers from CNRS, “the Arab dinars are a currency that is believed to have circulated at the beginning of the twelfth century because in France there was no struck gold money at that time.”

Baud said that the owner of this treasure could be “someone from the ecclesiastical world, someone from the abbey or a religious dignitary. This could also be a rich bourgeois,” but she said she was leaning towards the first hypothesis.