Rabat - Moroccan international midfielder Nabil Dirar scored a fabulous goal for his Turkish team Fenerbahçe on Sunday, contributing to their 4-1 win against Sivasspor.

Rabat – Moroccan international midfielder Nabil Dirar scored a fabulous goal for his Turkish team Fenerbahçe on Sunday, contributing to their 4-1 win against Sivasspor.

The footballer, who starred in the recent World Cup qualifiers with the Moroccan team, opened the scoring for his team at the 31-minute mark. The footballer scored the goal from the penalty spot after a failed attempt by his teammate.

Fenerbahçe, commonly known as Fener, signed the Moroccan star in June 2017 for a three-year deal. The 31-year-old has played for different clubs, including Monaco, Diegem Sport, and Westerlo.

During the 2018 World Cup qualifiers, Dirar showed a great performance against opponents, scoring a magnificent goal in the final qualifier against Cote d’Ivoire.

With his professional techniques, the footballer is determined to help the Moroccan national football team achieve good results in the world tournament, which is scheduled to take place in Russia next summer. 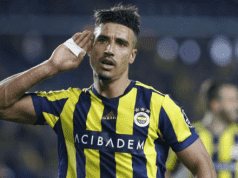 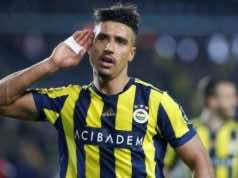