Canberra  -   Morocco bears a clear vision to diversify its partnerships and establish a shared zone of peace and prosperity, said Youssef Amrani, chargé de mission at the Royal Office. 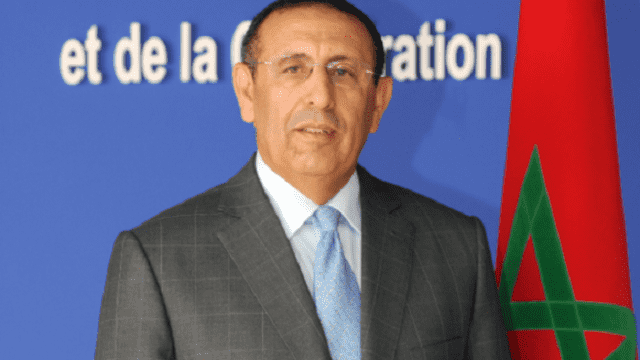 Canberra  –   Morocco bears a clear vision to diversify its partnerships and establish a shared zone of peace and prosperity, said Youssef Amrani, chargé de mission at the Royal Office.

Speaking at a conference in Canberra at the Australian Strategic Policy Institute (ASPI), Amrani highlighted the multi-dimensional reforms undertaken by Morocco, following the adoption of the 2011 Constitution, which made the Kingdom a stable democratic country, in a region that witnessed several changes.

Amrani also gave an overview of the Moroccan approach in the fight against terrorism and violent extremism, and shed light on its security, socio-economic and religious dimensions, which enabled Morocco to preserve its security and its stability.

In addition to the security aspect, the Moroccan approach in this area is centered around inclusive human development, he noted, adding that several reforms have been undertaken in the religious field and actions were taken to promote a tolerant Islam.

Amrani also tackled the latest developments in the Middle East and North Africa region, which is facing many threats due to persistent crises that benefit terrorist groups and their jihadist propaganda.

According to him, the challenges facing Libya and Iraq, the persistence of the Syrian crisis and its consequences on the region, in addition to the ongoing Israeli-Palestinian conflict pose threats to the region and even beyond in the Sahel and Europe.

The solution to current crises require a more comprehensive, coherent and pragmatic regional approach, in tune with the realities of each country in the region and in line with the aspirations and legitimate needs of the people, he pointed out.

Thus, the respect of the fundamental principles of national unity, sovereignty and the territorial integrity of States are prerequisites to achieving stability, Amrani said.

It is also important to provide clear answers to the different questions of identity by going beyond the existing divisions in a framework of dialogue, living together and understanding, he added.

Amrani also highlighted the convergence of the respective positions of Morocco and Australia on major international issues and their common commitment to the values of dialogue, peace and openness.