Rabat - Spanish police arrested an alleged ISIS recruiter today in Melilla. The 21-year-old man, a Spanish national, was using social networks on behalf of the terrorist organization to enlist people, according to the Spanish Ministry of the Interior. 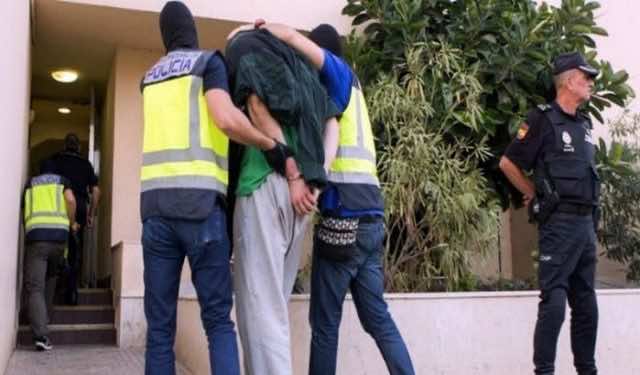 Rabat – Spanish police arrested an alleged ISIS recruiter today in Melilla. The 21-year-old man, a Spanish national, was using social networks on behalf of the terrorist organization to enlist people, according to the Spanish Ministry of the Interior.

The suspect “engaged in indoctrination activities in his immediate vicinity” on the internet, the department said. He undertook “an intense process of radicalization” with a progressive and continuous self-indoctrination that led him to search the internet exclusively for content made by ISIS.

According to the preliminary investigation, the suspect had relations with convicted terrorists in Spain who were recruiting and sending combatants to conflict areas.

At the end of 2016, 204 people joined the ranks of ISIS in the conflict zones of Iraq and Syria from Ceuta and Melilla, according to a report from the northern neighbor’s secret services and, more specifically, from their branch charged with tracking down the jihadist movements.

According to the report, 20 percent of the soldiers were naturalized Moroccans of Spain, 65 percent were Moroccans residing in Melilla and Ceuta, while the remaining 15 percent were nationals of other countries chose to join ISIS from the two cities. Most traveled from the city of Malaga or from Mohammed V Airport in Casablanca.

The report states that 45 jihadists from Ceuta and Melilla were killed on the front, either in firefights with the regular Iraqi and Syrian armies or under the bombardments of the anti-terrorist coalition. Many others have died in suicide bombings.

Moreover, the danger of “dormant cells” hangs over Spain and neighboring countries as 30 jihadists have returned to the Iberian homelands, which has attracted the attention of the Central Bureau of Judicial Investigations (BCIJ), which reports to the DGSN.