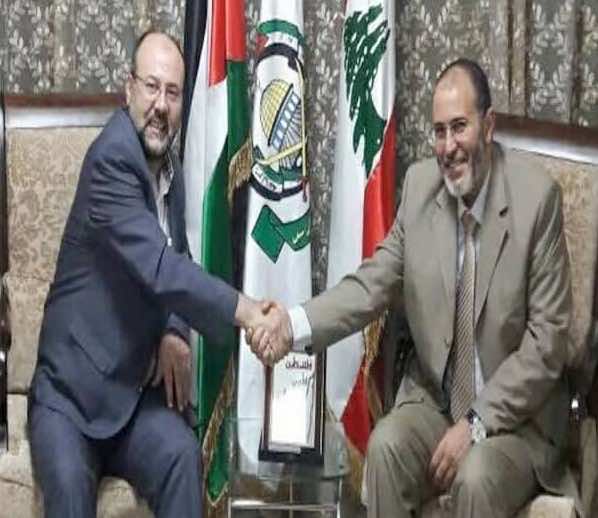 JCM revealed in its official website that Hamdaoui met with Baraka on the sidelines of a congress organized in Lebanon last week by the Zeytouna Center for Studies and the Popular Congress of Palestinians Abroad, in collaboration with the International Arab Center for Communication and Solidarity.

JCM added that this “deal of the century” is an American attempt to revive negotiations between Palestinians and Israelis, which would require Hamas to officially recognize Israel.

On October 12, Hamas signed a reconciliation deal with the Palestinian party Fath in Cairo, Egypt after a decades-long conflict. The announcement was made after the two parties’ representatives met to implement a “unity agreement” that was signed back in 2011 but was not put into force, reported Qatari news outlet Al Jazeera.

The deal signed between the Gaza-based Islamic resistance movement and the Fatah movement of Mahmoud Abbas, president of Palestine and the head of the Palestinian National Authority (PA), is intended to achieve a national unity to face Israeli colonization of Palestine.

The JCM was banned from political participation due to its antagonistic approach towards the Moroccan government. The movement claims to support democracy of the state, denies the legitimacy of King Mohammed VI, refuses to participate in elections, which the movement considers undemocratic.

The position of JCM at odds with the Morocco’s overall foreign policy. While the Jamaa holds the maximalist view that a Palestinian state and Israel are mutually exclusive, Morocco takes the existence of the Israeli state into account and calls for the achievement of the UN-supported two-state solution.

While a strong supporter of Palestinians’ right to establish their independent state side by side with Israel, Morocco believes that the way out for Palestinians to achieve their right is through the resumption of negotiations based on the relevant UN resolutions which preserve Palestinians’ rights to statehood.

Morocco has repeatedly called on Israel to engage in negotiations with the Palestinians in order to achieve the two-state solution based on the borders of the pre June 1967.

Morocco has also called for the reconciliation between Hamas and the Palestinian authority in a way that would allow the latter to speak with one voice in the negotiations with Israel.