Rabat - Horst Kohler, the Personal Envoy of the United Nations Secretary-General for Western Sahara, is “motivated” to relaunch the UN political process in the region, worrying Ahmed Bukhari, the representative of the Polisario Front to the UN. 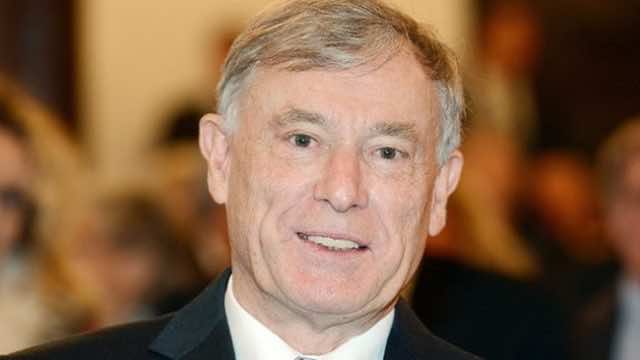 Rabat – Horst Kohler, the Personal Envoy of the United Nations Secretary-General for Western Sahara, is “motivated” to relaunch the UN political process in the region, worrying Ahmed Bukhari, the representative of the Polisario Front to the UN.

Nothing major has came out from the Security Council’s closed meeting on the Western Sahara issue held this Wednesday, November 22.

During a press briefing following a three-hour consultation with the UNSC members, during which he presented his first 15 observations about his official visit to Morocco, Tindouf, Algeria, and Mauritania, Köhler has only expressed his “optimism” without giving further details.

For the current President of the Security Council, the Italian Ambassador Sebastiano Cardi, Kohler’s efforts “are important to give a new boost, and a new spirit that would advance the political process.”

During a brief talk with the press, Cardi stressed the “support” of his members for Köhler’s “vision on this very complex subject.” According to the Italian president, Kohler evoked the “constructive attitude” of the concerned parties, stating that the latter “is going to start working soon,” without divulging further details.

But for Ahmed Bukhari, Polisario’s representative to the UN, Kohler’s vision might not be aligned with that of the separatist front.

In a statement to the AFP, Bukhari said that “if the Security Council continues to deal with the conflict the same way as before, the efforts of the new Special Envoy will not be different” from the ones suggested by his predecessor, Christopher Ross, who resigned last April.

Bukhari added that the UN envoy’s statement during the press briefing “was not clear enough.” According to him, “the lack of guarantees on the issue” is due to “the Security Council’s alignment with the France’s position” on supporting Morocco’s autonomy plan for Western Sahara.

On the Moroccan level, “for the time being, no news is good news,” a source in the Ministry of Foreign Affairs told Morocco World News.

“Kohler will have to make a number of visits to the premises before issuing his next report next spring,” continued the source who wished to stay anonymous. “We will continue to defend the idea of the autonomy of the southern regions while insisting on the historical and current link that we have with our Saharawi co-citizens.”

Kohler’s highly anticipated visit to the region occupied the attention of regional and international media for months. While Guterres’ personal envoy was quite discreet about his observations during the tour, many other officials expressed their optimism about Kohler’s approach.

On August 16, Guterres named the former German president as his Personal Envoy, replacing Christopher Ross, who resigned in April 2017 after holding the position since January 2009. In 2012, Morocco declared Ross persona non-grata for his declaration on Morocco’s alleged abuses in the Western Sahara. The kingdom reproached his “unacceptable declarations and initiatives, which contravened the prerogatives of its mandate.”

At the time, Moroccan authorities suspected the American diplomat of being behind the efforts to empower the United Nations Mission in Western Sahara, known as MINURSO, with a human rights monitoring mechanism.

Despite the intermediation of former UN Secretary-General Ban Ki-moon to reassure the kingdom on the “neutrality, objectivity, and impartiality” of UN officials, relations between Morocco and Ross did not improve. During the last years of his mandate, the American diplomat was unsuccessful in bringing together the various parties involved in the Sahara dispute.