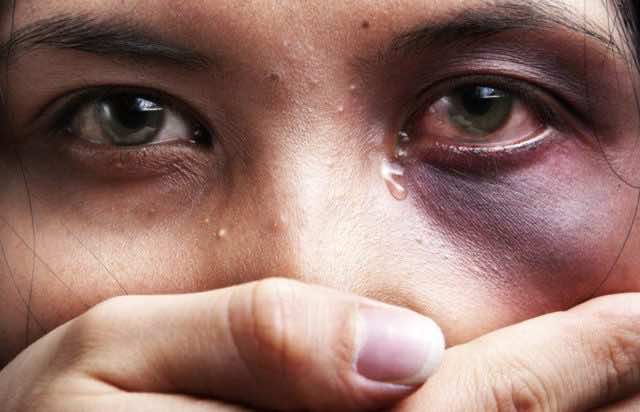 Rabat – Today, November 25, is the International Day for the Elimination of Violence against Women, followed by 16 Days of Activism against Gender-Based Violence.

In Morocco speeches will be delivered, photos will be taken, a catchy slogan will be rolled out, logos will be plastered everywhere, and lofty declarations will be made.  And yet the very next day, women victims of violence seeking help from law enforcement, the justice system or health services will continue to be met with doors slammed in their face.

Today marks the 15th year that Morocco will “celebrate” the day – as if it were a holiday – with the launch of a national campaign on violence against women.  Every year since November 2006, when the slogan was “Towards a Law on Violence Against Women,” we have heard annual promises of a violence against women law that was “in progress” or would “be adopted imminently.”  To end up where we are now, with a Draft Law 103-13 on violence against women that can only be described as totally inadequate, currently before the House of Councilors for review.

Given that this is one of the last steps in the legislative process, it is critical that activities on violence against women focus on one thing as a priority – direct advocacy to the Councilors.

What follows is a list of 16 activities that most certainly will be organized tomorrow and in the days that follow, but that will not lead to any much-needed amendments to Draft Law 103-13:

1. Changing Facebook profile photos to be all black, have slogans, etc. Unless you are Facebook friends with the Councilors and they will be able to decipher what specific legal provisions you want to amend, this will have a very limited impact on Draft Law 103-13.

2. Posting photos on social media in the company of “important” people. Unless the photo is accompanied by a text sharing detailed information about specific reforms you requested and the responses received, this is more self-promotion than advocacy.

3. Posting selfies with friends at an event. Unless the event is a meeting with the Councilors, and is accompanied, like above, with substantive information, the only message conveyed is that you’re with friends somewhere doing who knows what.

4. Limiting messages – whether on Facebook and Twitter, in press releases, or statements – to only complaints and expressions of anger, without proposing specific alternatives or concrete solutions. True advocacy is about influencing outcomes, not just venting your own frustrations.

5. Remaining in one’s own political, social and / or family circle when organizing activities and sharing information.

6. Attacking people in communications rather than focused on hoped-for policy changes.

7. Limiting messages to descriptions of the situation of “poor” women victims of violence in a charitable approach, rather than challenging the State and holding it accountable for its obligations and commitments.

8. Public “awareness-raising” activities. The public is well acquainted with the phenomenon of violence against women, as either victims, aggressors, or spectators. Unless the objective is to mobilize the public to contact the Councilors directly, this will have no impact on the contents of Draft Law 103-13.

9. Activities designed primarily to increase the visibility of the organization, especially to funders, rather than direct advocacy to the Councilors.

10. Dressing up in the designated “color of the day.” Unless we are tens of thousands (at least) wearing the same color standing in front of the Parliament all at the same time, changing the color we wear will not change the content of Draft Law 103-13.

11. Adopting a pessimistic and fatalistic attitude with the excuse of current political, social, or economic conditions. We have all been working well over a decade for an effective and exemplary law on violence against women in Morocco; as Martin Luther King Jr. said, “nothing would be more tragic than for us to turn back now.”

12. Training workshops. After more than a decade, the time for trainings is over; the time for action has come.

In addition to (13) Round Tables, (14) Study Days, (15) Conferences (16) “Cocktail-Dinner receptions” and any other activity involving the same small group of people, and involves more hot air and rhetoric  than direct advocacy.

To be continued: The next part of this series will propose 16 concrete actions that can really lead to amendments to Draft Law 103-13. Stay tuned!