Rabat - Leo Messi has signed this morning a new contract with FC Barcelona in the Nou Camp with President Josep Maria Bartomeu. 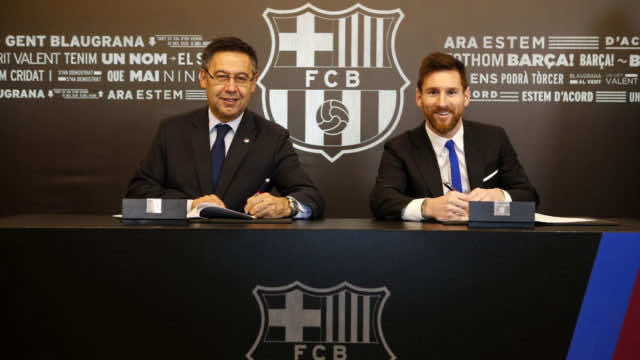 Rabat – Leo Messi has signed this morning a new contract with FC Barcelona in the Nou Camp with President Josep Maria Bartomeu.

According to the terms of the new contracts, which runs until June 30, 2021, the Argentinian star has a termination clause of 700 million euros.

The much-anticipated contract is different from the one that his father signed with powers at the end of last June and that included a clause of 300 million euros.

In the new document, both the clause and the player’s salary have been adapted to the current market, which is why his freedom now costs more than double.

“It’s been a while since we had to do the signing and it was done, happy to remain linked to the club that is my home,” Messi said. “I wanted to continue my whole life here, I always said that I wanted to do my whole career and to end up in Barcelona was my dream,” he added.