Rabat - Amnesty International (AI) has urged Moroccan authorities to “immediately and unconditionally” release the Hirak Rif protesters, journalist Hamid El Mahdaoui, and all others detained in connection with the Rif protests “for peacefully exercising their human rights.” 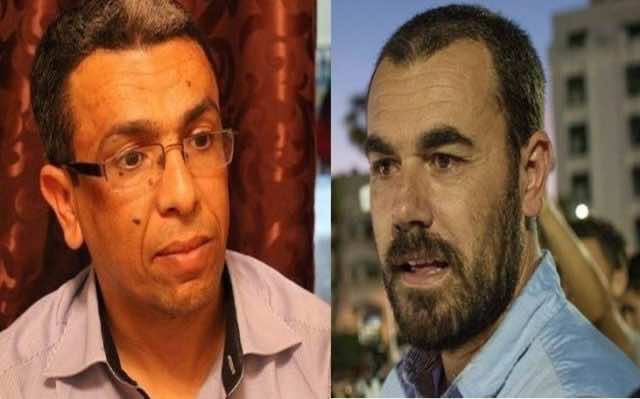 Rabat – Amnesty International (AI) has urged Moroccan authorities to “immediately and unconditionally” release the Hirak Rif protesters, journalist Hamid El Mahdaoui, and all others detained in connection with the Rif protests “for peacefully exercising their human rights.”

In a communique published this Tuesday on its official website, the NGO denounces the “relentless” crackdown on Rif protesters in recent months. For AI, the detained protesters are “prisoners of conscience.”

Since May, security forces have arrested “hundreds of protesters, including children and several journalists over the largely peaceful protests,” reads AI’s statement. Several Hirak activists, including minors, are currently serving sentences ranging from six months to 20 years in prison in Casablanca and Al Hoceima.

For the moment, the trial of Zefazi and 50 of his companions continues at the Casablanca Court of Appeal for “plotting to undermine internal security of the State and its territorial integrity,” undermining “citizens’ loyalty to the Moroccan state and to the Moroccan people’s institutions”, “incitement against the kingdom’s territorial unity” and “insulting” public officials and institutions.

For AI, these accusations are “incompatible” with Morocco’s human rights obligations, as they “criminalize the peaceful exercise of the rights to freedom of assembly, association and expression.”

The NGO also qualifies Zefzafi’s detention “for 176 days in prolonged solitary confinement […] with no meaningful human contact” and that of El Mehdaoui “for a period in excess of 15 days,” as “violating the absolute prohibition of torture and other cruel, inhuman or degrading treatment.”

El Mehdaoui, journalist and director of news site Badil.info, was sentenced to a year for “incitement to participate in an unauthorized demonstration,” and risks up to five years for “breach of his obligation to report to the authorities an attempt to undermine the internal security of the State.”

Protesters have denounced acts of torture and other ill-treatment at the time of arrest or detention, “including heavy beatings, suffocation, stripping, rape threats and insults, inflicted by police upon arrest and during interrogation” for the purpose of obtaining confessions, reports Amnesty.

In July, the Ministry of Justice reported it had opened investigations into 66 alleged torture cases involving police officers, according to the NGO.

The Hirak Rif, whose claims and demands are essentially social and not political, stirred the Rif for months after the appalling death of a fish seller, Mohcine Fikri, in Al Hoceima last year.