Rabat - Through initiatives in banking, transportation, telecommunication, and trade, Morocco’s return to the African Union is actively advancing the Union’s vision of becoming a leading body. 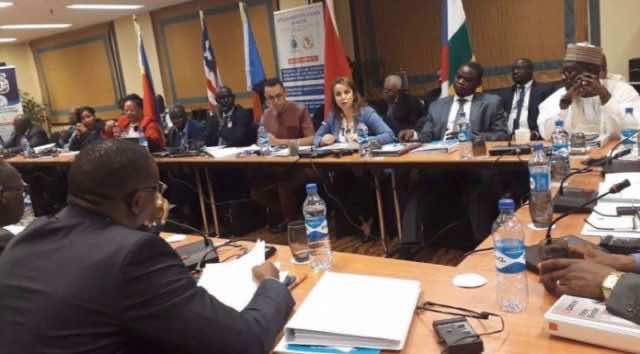 Rabat – Through initiatives in banking, transportation, telecommunication, and trade, Morocco’s return to the African Union is actively advancing the Union’s vision of becoming a leading body.

Morocco’s latest successful contribution is the adoption of its “Water for Africa” initiative in the African Ministers’ Council on Water (AMCOW) in Nigeria on November 27 and 28.

AMCOW is among the organisms that seek to preserve the continent’s water resources and improve its water supply services.

The council’s executive committee the meeting held in Abuja, Nigeria to present its 10-year new strategy, dubbed “Towards water security and safe sanitation in Africa.”

In front of participants from governments, regional institutions, international partners, the private sector, the scientific community, civil society, and media from all over the world, Charafat Afilal, Secretary of State in charge of Water, seized the chance and introduced Morocco’s “Water of Africa” initiative.

Launched by Morocco in 2016 during the COP22 climate change conference in Marrakech, the initiative aims “to encourage and mobilize political, financial, and institutional actors to design and implement a priority action plan for water security of the African continent.”

“Water for Africa” also seeks to improve the living conditions of African populations by strengthening their resilience to the effects of climate change.

The impact of climate change on water resources of the African continent and the promotion of climate justice through initiatives and programs to improve access to water and sanitation and assure food and energy security in Africa are also among the objectives of the plan.

“Because of the significant impact of climate change on water resources, the vulnerability of the Africa is evident. This situation directly affects the development and stability of the continent’s populations and threatens their lives,” said Afilal, urging for concrete action to diminish the effects of the phenomenon.

Afilal urged all of the participants of the AMCOW Executive Board to adopt the “Water for Africa” initiative and to take on the challenge through innovative, creative, and sustainable solutions.

The AMCOW Executive Board responded by adopting the Moroccan initiative and integrating it into its work agenda.