Rabat - In a world full of human rights organizations and anti-slavery NGOs, the continued existence of slavery is still alarming. The 2016 Global Slavery Index estimates that 45.8 million people are suffering from some form of modern slavery, and according to the report, Morocco ranks at number 18 out of the 167 listed countries. 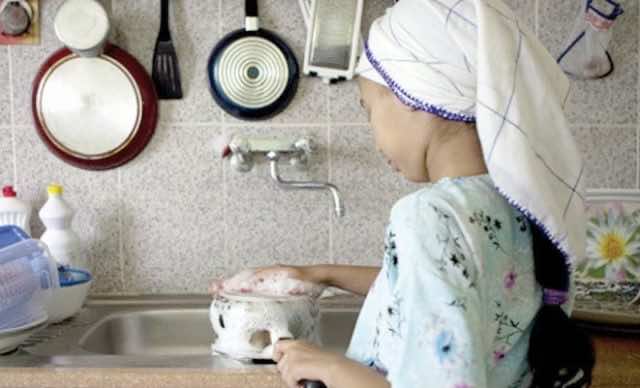 Rabat – In a world full of human rights organizations and anti-slavery NGOs, the continued existence of slavery is still alarming. The 2016 Global Slavery Index estimates that 45.8 million people are suffering from some form of modern slavery, and according to the report, Morocco ranks at number 18 out of the 167 listed countries.

The data showcases that there are 219,700 modern slavery victims in Morocco. The term modern or contemporary slavery encompasses many different kinds of exploitation that undermines human rights, including child labor and marriage, forced marriage, and human trafficking.

The forced marriage of children and women is one of the main issues highlighted in the report. “The phenomenon of temporary or tourist marriages whereby men, often from the Gulf states, travel abroad and temporarily take a wife for the duration of their vacation has been identified in Egypt, Lebanon, Jordan, Morocco and India,” say the authors of the index.

The survey indicates that children are sometimes forced to get married by their parents for economic gain.

“In Morocco, the 2014 census revealed more than 100,000 child brides, some of whom may have been married without free and informed consent,” said the report.

This issue is notable in other Arab countries, especially those experiencing civil wars and unrest.

Meanwhile, “refugee children from Syria and Iraq have been forcibly married by desperate parents to ensure their economic security and protect them from the threat of sexual violence.”

According to the report, the countries with the highest numbers of modern slavery by the proportion of their population are North Korea, Uzbekistan, Cambodia, and Qatar.

The issue of slavery is also found at the heart of developed countries, including the US, Canada, Belgium, Sweden, and Switzerland which all rank at number 52.

In the 2015 Global Modern Slavery Index, which was conducted by the international human rights organization Walk Free Foundation, Morocco was ranked 29th, as one of the countries with the highest number of modern day slaved, with an estimated 158,400 enslaved people.

The report defined modern slavery as “one person possessing or controlling a person in such as a away as to significantly deprive that person of their individual liberty.”