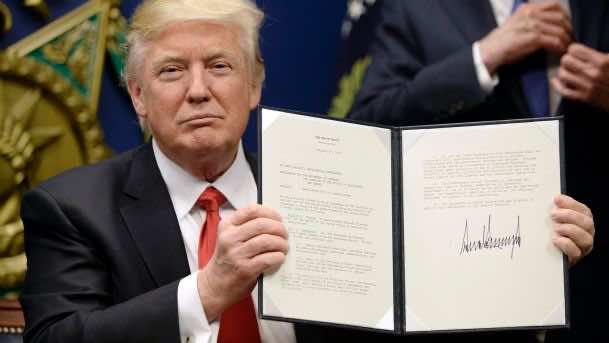 After lower courts repeatedly found flaws in the decree since its issuance in January, the supreme court validated finally the third version signed by Trump on September 24.

Two judges of the Supreme Court, Ruth Bader Ginsburg and Sonia Sotomayor, dissented from the ruling, saying the suspension of the decrees by lower courts should be maintained.

However, the new decision upholds the lower court judges’ previous ruling that nationals from the countries affected by the ban are allowed in if they have a close relative in the US, such as spouses, parents, siblings (including step- and half-siblings), children, sons, or daughters-in-law.

Moreover, fiancés have been included as a “bona fide” relationship. Grandparents, grandchildren, aunts, uncles, cousins and other “extended” family are not considered close enough to be granted the entry.

Visa officials will also allow exceptions in some cases, such as travellers with documented business purposes or links to entities like universities in the US.

The White House has welcomed the decision, which they aids the security of the US from unvetted travellers.

“We are not surprised by today’s Supreme Court decision permitting immediate enforcement of the President’s proclamation limiting travel from countries presenting heightened risks of terrorism,” White House spokesman Hogan Gidley said. “The proclamation is lawful and essential to protecting our homeland. We look forward to presenting a fuller defense of the proclamation as the pending cases work their way through the courts.”

However, detractors of the decree and its previous versions believe it discriminates against Muslims and recall that Trump recently shared anti-Muslim videos on his Twitter feed.

“The anti-Muslim prejudice of President Trump is not a secret. He has confirmed it many times, including last week on Twitter,” said Omar Jadwat, the director of the American Civil Liberties Union Immigrants’ Rights Project.

“It is unfortunate that the full ban can move forward for now, but this order does not address the merits of our claims,” he added.

Since January, the travel ban decree has been the subject of an intense judicial battle and led to protests at US airports and American courthouses.