Rabat - The US embassy in Rabat has just called its citizens to be “cautious” following the United States’ recognition of Jerusalem as the capital of Israel under President Donald Trump. This announcement “could trigger demonstrations [in Morocco], some of which could become violent,” it warns. 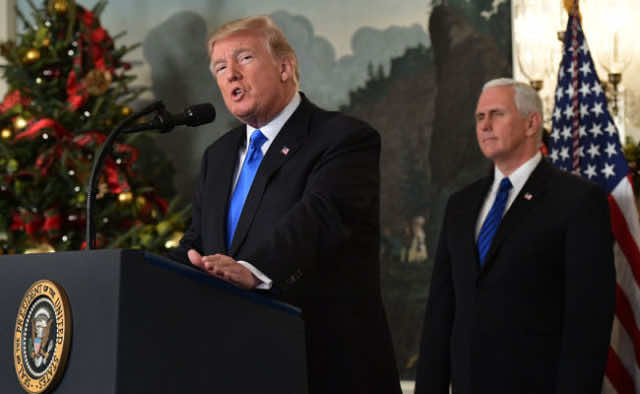 By
Chaima Lahsini
-
Chaima Lahsini is freelance journalist and activist with the Al-Fam collective in Rabat.
Dec 7, 2017
Spread the love

Rabat – The US embassy in Rabat has just called its citizens to be “cautious” following the United States’ recognition of Jerusalem as the capital of Israel under President Donald Trump. This announcement “could trigger demonstrations [in Morocco], some of which could become violent,” it warns.

The press release published Wednesday evening on the embassy’s website calls on Americans in the kingdom to “maintain a high level of vigilance, and take appropriate measures to enhance their personal security and follow instructions of local authorities.”

“The US Mission Morocco reminds US citizens of the need for caution and awareness of personal security.” The embassy is also advising its citizens to “avoid areas of demonstrations, and exercise caution if in the vicinity of any large gatherings, protests, or demonstrations.”

The Boycott Divestment Sanctions (BDS) movement against Israel in Morocco announced in a press release yesterday night that it will organize a protest on December 7 at 6 p.m. in front of the Moroccan Parliament in Rabat, to denounce President Trump’s decision.

Trump formally recognized Jerusalem as the capital of Israel yesterday, December 6, becoming the first president to ever do so.

“It is time to officially recognize Jerusalem as the capital of Israel,” said Trump during his speech at the White House, delivered on Wednesday at 1 p.m. local time.

During his speech, the president also announced that he will move the US embassy from Tel Aviv to Jerusalem, despite the waiver signed recently that delayed the decision by six months.

Commenting on the motivation behind his decision, Trump said that while “we are no closer to a lasting peace agreement, it would be folly to assume that repeating the exact same formula will achieve anything different.”

The news has sparked a wave of outrage throughout the Arab world and especially in Morocco, as King Mohammed VI immediately reacted by sending a message directly to President Trump, expressing his strong disapproval “of any action likely to compromise the multi-confessional character of the Holy City, or alter its legal and political status.”

The Sovereign also addressed a message to the United Nations Secretary General, Antonio Guterres, calling on him to intervene. The King said that Trump’s decision would escalate tensions in the region and “undermine all opportunities for peace.”

On Wednesday, Morocco’s Foreign Affairs Ministry summoned the ambassadors of Russia, China, France, and the United Kingdom, asking them to “take full responsibility for preserving the legal and political status of Al Quds and to avoid anything that might stir up conflicts and undermine stability in the region.”