RABAT - The Ghalaba Movement, an Egyptian revolutionary group, has uploaded a video of a young youtuber crying bitterly and mourning her motherland Egypt, calling for attention to its plight.

RABAT – The Ghalaba Movement, an Egyptian revolutionary group, has uploaded a video of a young youtuber crying bitterly and mourning her motherland Egypt, calling for attention to its plight.

Haya Ibrahem, the Egyptian vloger starts her tirade by saying, “I am in no enviable position. What you see on social media is misleading. If the world was found on friends and followers we’d probably be the happiest.”

The young woman seemed to address subscribers and followers who wish to see her talking about politics. She firmly refuses to, stating that “Do you really want me to talk about politics, and see my page shuttered or go to prison? Don’t be stupid.”

She then continues, “I cannot speak alone, the whole country has to speak up. This is very unlikely to happen because we lack a leader we trust.”

The video was uploaded by Ghalaba Movement, an Egyptian revolutionary group that called for protests on November 11. The movement endorses Ahmed Qonsoh, civil engineer and army officer, as a presidential candidate. 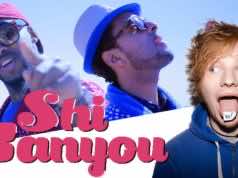 Moroccan themed “Shape of You” is Off the Wall Funny