Rabat - An explosion of headlines in the US over the course of the last month has demonstrated that gender inequality and sexual harassment are problems that exist in all layers of American society, from Hollywood studios to Capitol Hill, from state capitols to corporate boardrooms. And these recent headline-grabbing instances are likely just the tip of the gender inequality iceberg. One in five female students are sexually assaulted while in college. 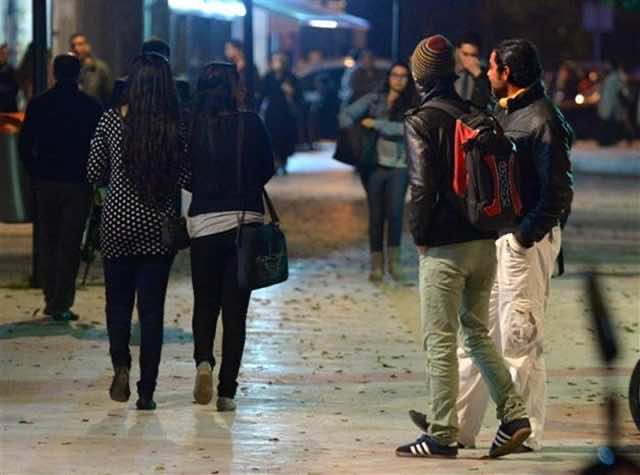 Rabat – An explosion of headlines in the US over the course of the last month has demonstrated that gender inequality and sexual harassment are problems that exist in all layers of American society, from Hollywood studios to Capitol Hill, from state capitols to corporate boardrooms. And these recent headline-grabbing instances are likely just the tip of the gender inequality iceberg. One in five female students are sexually assaulted while in college.

Research conducted in 2016 and early 2017 by Promundo, a Brazil-based gender equality NGO, in partnership with UN Women provides interesting insight on this issue. The survey conducted in Egypt, Morocco, Lebanon and Palestine — part of the International Men and Gender Equality Survey (IMAGES) — included interviews with 1,200 men and 1,200 women between the ages of 18 and 59 from the Rabat-Salé-Kénitra region. While gender equality global rankings are now common, there has not been a lot of research and fieldwork on gaining insight into men’s attitudes, practices and beliefs around partner relationships, gender equality, household decision-making and duties, personal stress, and other areas. There’s good news and bad news in the data.

Growing Up Can Be Rough

In the MENA region, men and women both encountered high rates of violence growing up. In Egypt, almost one-third of men were beaten as children at home. 80 percent of Moroccan respondents reported being physically punished by their teachers. Both men and women across the four surveyed nations reported symptoms or signs of depression; about 40 percent of women met a clinical standard for depressive symptoms, as well as about one-third of male respondents. The IMAGES survey data also showed that support for female genital mutilation is high in Egypt. Almost 70 percent of men, and more than half of women, approve of the practice.

Separate research in the US shows the consequences of stress that men and women of all ages face. Suicide rates for adolescent teen boys and girls have been steadily rising since 2007. The Great Recession took a heavy toll on blue-collar non-college educated Americans, creating a large additional emotional burden for both parents and children. In Morocco, about two-thirds of male and female IMAGES respondents worried about meeting their families’ daily needs (food, rent, medical costs, utilities, etc.).

Stress can lead to isolation. Isolation to anger. 2017 saw several high-profile acts of violence against teachers in Morocco, an expression of the challenges that exist in the education system. But, equally important, those acts showed the effects of toxic masculinity: norms of behavior that emphasize dominance, personal status and an unhealthy suppression of emotions.

In the IMAGES survey, one 30-something Moroccan male respondent noted the high level of stress that men face: “A man has to study, find a job, start a family. All this is part of his social role. It’s very heavy for him.” Fifty-six percent of Moroccan male respondents and 87 percent of female respondents believe that more needs to be done to promote equality between men and women in the kingdom; a 31-point gap. A similar divide can be seen in the US around race relations and discrimination. In the US, a Quinnipiac University poll in March found 66% of nonwhite respondents labeled prejudice a “very serious” problem. Only 39% of whites felt the same way.

There is Good News

In all four MENA countries surveyed, one-half or more of the men said that their work takes time away from being with their children. An acknowledgment of the important mentoring role of parents. In Morocco, more than three-quarters of male respondents support educational equality for boys and girls, and more than half believe in equal rights to work for both women and men. Equal access to education is critical for Morocco’s continued economic and social development. Nations whose citizens report the highest levels of general happiness are often the same nations that report high levels of gender equality in all aspects of society. Norway was named the happiest country in the world this year; no coincidence that it was also named the third best country for women in a separate survey.

There’s 17-year-old Imane Touil from Sidi Bennour. The physical sciences high school student scored 19.31 out of 20 on the baccalaureate, Morocco’s high school exit exam. The best score in Morocco in 2017. From Lalla Salma’s stewardship of a cancer prevention foundation to Nezha Hayat, appointed by King Mohammad VI to be Chairperson/CEO of Morocco’s Capital Market Authority, there is no shortage of role models for Morocco’s next generation of leaders.

Fathers and brothers around the world can and should support the success of their daughters and sisters. The IMAGES study also demonstrated that family role models matter in the home: fathers who encouraged their daughters to take on non-traditional professions or to work outside the home “seems to contribute to the emergence of more empowered women.” More than 70 percent of Moroccan men supported women having various positions of public leadership. The conflicting societal norms and gender role expectations in the kingdom are summed up by this survey response from a 60-year-old man: “For example, I find it relaxing when I do the dishes, especially after mentally-taxing work; for other men, it’s shameful to enter the kitchen because it will weaken their masculinity and discredit them.”

Muhammad Ali Jinnah, the founder of Pakistan, is reported to have said, “No nation can rise to the height of glory, unless women are side by side with you.” Truth. Everywhere. 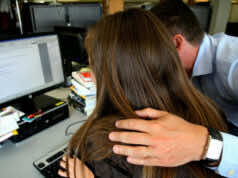