Rabat - On December 9, Morocco’s most popular politician, Abdelilah Benkirane, finally got closure, bidding farewell to the Justice and Development Party (PJD) in a moving, free spirited speech during the party’s eighth national congress. 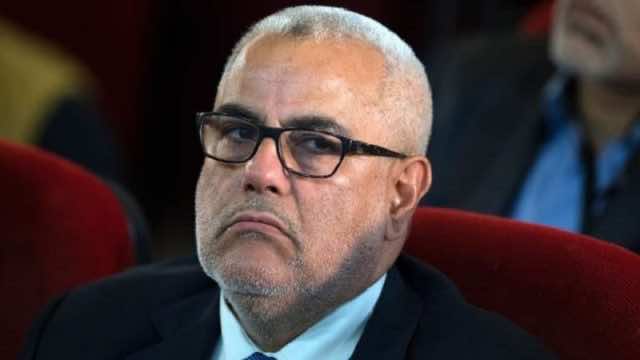 Rabat – On December 9, Morocco’s most popular politician, Abdelilah Benkirane, finally got closure, bidding farewell to the Justice and Development Party (PJD) in a moving, free spirited speech during the party’s eighth national congress.

The PJD’s historic secretary general who led his party to victories in general and municipal elections in 2011, 2015, and 2016, has now abandoned hope of leading his party to yet another success.

His bid for a third mandate surfaced a couple of months ago, but his hopes were first dashed on November 25 during the party’s national assembly in Salé, when 126 members of the PJD voted against his reelection against 101 members who supported it, and for a second time on December 7, when the party’s Arbitration Commission ruled that the possibility of Benkirane running for a third term will not be debated at the much-anticipated 8th Party Congress.

Instead of taking the matter to heart, Benkirane exerted his popular rhetoric to give himself, and the party members present during the congress, closure.

“I know that a lot of brothers and sisters in the party treasure me, if not all,” he said. “But I am also human, anything could happen to me. In all cases, even if I were a good man, eventually I would have to leave the party. Are you going to prevent the angel of death from taking my soul? No way.”

A Settling of Accounts

Benkirane had previously condemned PJD members who did not support him in his reelection for a third term.

“It is because of me that the party made political and electoral progress,” he said.”The best of us did not own anything, and we all drove small cars, but now that our brothers are well off, they have forgotten history.”

In his final speech as the secretary general of the party, Benkirane had a change of heart, saying that “despite the tense and difficult conflict the party witnessed,” referring to his third term bid, “we made the decision based on our internal laws and democracy, despite the fact that they suffer from shortcomings.”

“Perhaps, we made a mistake. We could have discussed the issue within the congress, but it’s too late for that now. You will have to choose a new secretary general. I ask you to listen to all candidates and make the right decision. May God be with you,” he said.

Benkirane affirmed that the third-term bid has divided the party. But for him, the most important thing is to maintain the unity of the PJD, while remaining faithful to the Islamic principles.

“We are one body and one and one path. We will remain united, we will cooperate and correct our mistakes until we find God,” he continued.

The Congress’s meeting on Sunday will see the election of the new secretary general of the party.

Head of Government Saad Eddine El Othmani is positioned on the front line to become the future PJD head.

Mostafa Ramid, another potential candidate, told the delegates in a speech that he does not wish to be elected Secretary General and that if they put him on the list, he will not accept, reported Medias 24.

Benkirane was elected in 2008 as the PJD’s Secretary General when he defeated El Othmani.

Benkirane’s charisma was a key factor for the party’s big win in the October 2016 elections, snatching 125 seats out of 395, an unprecedented result in the history of the country. Still, as he was lacking a clear majority, the PJD had to look for partners to form a coalition government, which turned out to be a difficult task. The party’s former ally, the National Rally of Independents (RNI), imposed the condition of including two other parties in the coalition before joining, which Benkirane refused.