Rabat - December 10 marks the annual International Human Rights Day. Rather than a celebration, this day has turned to be one of mourning for the state of human rights in Morocco, as many NGOs, associations, and activists continue to criticize the government for violating and humiliating citizens’ rights. 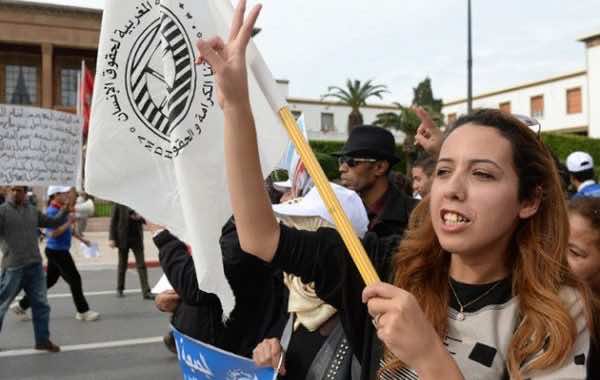 Rabat – December 10 marks the annual International Human Rights Day. Rather than a celebration, this day has turned to be one of mourning for the state of human rights in Morocco, as many NGOs, associations, and activists continue to criticize the government for violating and humiliating citizens’ rights.

In 2011, King Mohammed VI delivered a speech to announce sweeping constitutional reforms. The new constitution aimed to strengthen human rights and expand individual freedoms in Morocco. The plan was welcomed by labor unions, political parties, and human rights activists, who saw it in accordance with the Universal Declaration of Human Rights.

Article 19 of the declaration emphasizes that “everyone has the right to freedom of opinion and expression; this rights includes freedom to hold opinions without interference and to seek, receive and impart information and ideas through any media regardless of frontiers.”

After the King’s speech, a referendum on constitutional reforms was held in Morocco on July 1. The referendum was held to maintain peace in the kingdom after a bunch of protests took place in the same year, demanding democratic reforms. The constitution revision was welcomed by 98.49 percent of those who voted.

According to Morocco’s National Human Rights Council (CNDH), the new constitution “recognizes human rights as they are universally recognized.” CNDH added that that the new reforms “provide for their protection and respect for their universality and indivisibility.”

For Aziz Idamine, a human rights activist and president of the Youth Center for Rights and Freedoms, “the progress of human rights in a country such Morocco does not follow a vertical line but goes in a helical motion.”

Idamine told Morocco World News that “in terms of practice, we can say that Morocco has been involved in a set of international conventions and protocols. It has also opened up to the special procedures by receiving international rapporteurs. Morocco, however, has not yet ratified Protocol II to the International Covenant on Civil and Political Rights on the abolition of death penalty and continues to refuse to receives the special rapporteurs of freedom of opinion and expression, who in 2013 requested a visit to Morocco and renewed their request in 2015.”

The activist went on to add that “Morocco’s submission of the third national report 3rd universal periodic review for 2017 remains a black point for two things. The first is related to the justification given by Morocco’s Human Rights Minister Mustapha Ramid, who said that Morocco has a religious and cultural that does not allow it to accept universality of human rights.”

Idamine explained that the second consideration is linked to “the rejection of 44 recommendations that are of particular concern to individual rights, equality between women and men and non-accession to the Rome Statute of the international criminal court.”

The activist criticized the government in other areas, including its legislative system.

“At the legislative level, Morocco was affected by the repercussions of the formation of the government in 2017. Several legal texts were delayed, including the law on the work and the responsibilities of the CNDH.” Criticizing the delay, the activist said that “this delay was reflected on the performance of the institution, which was living a kind of anarchy since the end of the mandate of its members two years ago.”

Idamine added that the effects also affected “Morocco’s international commitment to establish a preventive mechanism against torture after Morocco ratified the Optional Protocol to the Convention against torture in 2014.”

In terms of human rights practices in 2017, “security was preliminary to human rights. A number of demonstrations were carried out with an inappropriate intervention, particularly in Al Hoceima, where the gas was used extensively, and also in Zagora events following the thirst protests,” said Idamine.

The activists also condemned Morocco’s authorities, claiming that they “have continued to prevent the establishment of associations through not handing them permissions and certifications.”