Rabat - Barely a month after the sacking of four ministers and several high officials, King Mohammed VI’s promised “political earthquake” is still unfolding. A wali, six governors, six secretaries general, eight pachas and presidents of districts, 122 caids, and 17 Khalifa caids were all suspended from their duties by King Mohammed VI this Monday afternoon. 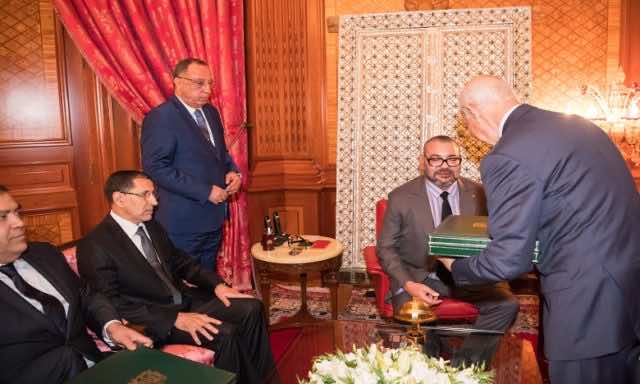 Rabat – Barely a month after the sacking of four ministers and several high officials, King Mohammed VI’s promised “political earthquake” is still unfolding. A wali, six governors, six secretaries general, eight pachas and presidents of districts, 122 caids, and 17 Khalifa caids were all suspended from their duties by King Mohammed VI this Monday afternoon.

The latest report by the Court of Auditors on the state of Regional Investment Centers is making heads roll once again. On Monday, a total of 180 public and government officials were suspended by the King, including six secretaries general, whose names were not revealed yet.

The monarch received Head of Government Saad Eddine El Othmani, Interior Minister Abdelouafi Laftit, and Head of the Court of Auditors Driss Jettou on Monday at Casablanca’s Royal Palace, according to a statement from the Royal Cabinet.

This meeting follows the high instructions previously given by the Sovereign in October to evaluate the state of the Regional Investment Centers (RICs) by the Court of Auditors, and the necessary investigations undertaken at the national level by the Ministry of the Interior concerning the managers of all grades belonging to this department.

These investigations revealed a number of anomalies which prevent these centers from fulfilling their missions as fixed by the Royal Letter addressed to the Prime Minister on January 9, 2002.

While these centers have been able to achieve significant results, particularly in relation to their role in the creation of businesses, they have been less successful in terms of support and assistance to investors. In this context, the investigations noted in particular the absence of post-creation monitoring, lack of assistance to small and medium-sized enterprises, a lack of updated data or detailed studies on investment and the economic potential of the regions, and the inefficiency of the regional investment commission.

In this context, the King gave the Head of the Government two months to collaborate with all the sectors concerned and with the Court of Auditors in order to submit a number of proposals for the reform and upgrading of the Regional Investment Centers.

According to the same statement, Laftit proposed disciplinary sanctions against the officials concerned. The proposal which was validated by the King is as follow:

Many officials were sacked in the few past months by the King after he received a report on the conclusions of the Court of Auditors regarding the Al Hoceima issue.