Rabat - The Wydad Casablanca (WAC) football team failed to win the fifth place of the FIFA Club World Cup after a 3-2 defeat against the Japanese team, Urawa Reds Diamonds. 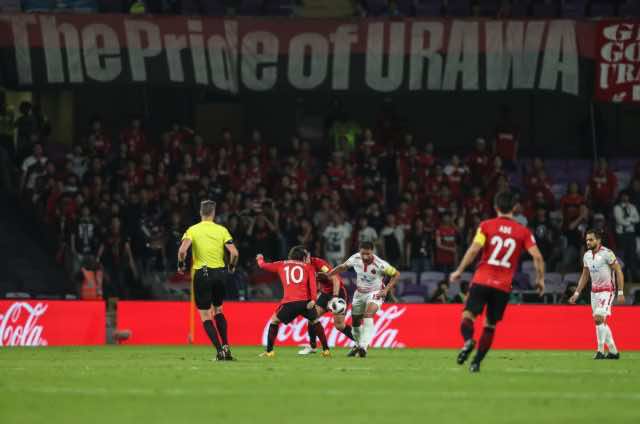 Rabat – The Wydad Casablanca (WAC) football team failed to win the fifth place of the FIFA Club World Cup after a 3-2 defeat against the Japanese team, Urawa Reds Diamonds.

Wydad was ruled out from the competition on December 9 after a hard game against the Mexican team Pachuca, who won the game with a 1-0 victory.

As for the Urawa Reds, the team lost the quarter final against Emirati team, Al Jazira on Saturday. The latter will play a decisive game against Spanish champions Real Madrid.

Al Jazira’s manager Henk ten Cate said in a pre-match conference on Tuesday that the team “believed in it and dreamed about it.”

The 63-year-old Dutchman added that “being here with Al Jazira is probably the biggest thing I have done – the semi-finals of a FIFA Club World Cup with a team from the UAE, it is almost something you can’t imagine.”

Expressing his happiness over playing with the Spanish legend team, the coach admitted that “it is a big surprise that we are here. Nobody expected it. Only we believed in it and dreamed about it. It is a big thing for us.”

“It is something special for all of us,” he continued. “For all of our achievements, we have put the country, the UAE on the map. We have good stadiums here, the infrastructure is very good, but we are a small football county so participating in competitions like this, and achieving what we did, will give the whole country a boost.”

Real Madrid’s coach, Zinedine Zidane, said that “for us, we know that there is no match that is easy. We have a semi-final against an opponent that everyone says is going to be easy. If we think so, we will be wrong.”

Zidane also expressed his happiness over being in the city of Abu Dhabi. “I am very happy with the city and with the welcome of the people.”