The women have also urged the Congress to conduct an investigation into the issue. Many other women have either accused Trump for sexual assault or secually inappropriate behaviors during his presidential campaign, reported British news outlet The Guardian.

The president has refuted the claims while the White House has condemned them, saying that all women who accused the president were lying.

However, Trump’s accusers are standing firm against his denial. The three women shared their stories publically on the Megyn Kelly Show, believing that the #MeToo movement will make their voice heard over the president.

Crooks was 22 years old when she met Trump at Trump Tower. As she introduced herself and shook hands with Trump, he end up kissing her on the cheek and “forcibly kissed her on the mouth.”

Leeds says that Trump “grabbed her breasts” and tried to put his hand “up her skirt” during a first-class flight more than 30 years ago.

Hovley was only 20 years old when Trump sexually harassed her. She said that the president moved forcefully into the pageant dressing room and “inspected the women like meat,” adding that the incident made her feel the dirtiest she had ever felt in her life.

“You know when a gross guy at the bar is checking you out? It’s that feeling,” said Holvey in the television program on American news outlet CNN.

A Twitter war has erupted between Trump and Kirsten Gillibrand, a US Democratic Senator, who called on Trump to resign amid the allegations.

After attacking her, Trump took to his Twitter account to call Gillibrand a  “lightweight” and a “total flunky” for Chuck Schumer, the Senate Minority Leader. Trump also said that Gillibrand as “someone who would come to my office begging for campaign contributions not so long ago and would do anything for them.”

Lightweight Senator Kirsten Gillibrand, a total flunky for Chuck Schumer and someone who would come to my office “begging” for campaign contributions not so long ago (and would do anything for them), is now in the ring fighting against Trump. Very disloyal to Bill & Crooked-USED!

The US President also blamed his country’s Democratic Party, claiming that all the sexual harassment made against him were a “Democratic conspiracy.”

Despite thousands of hours wasted and many millions of dollars spent, the Democrats have been unable to show any collusion with Russia – so now they are moving on to the false accusations and fabricated stories of women who I don’t know and/or have never met. FAKE NEWS!

Gillibrand responded to Trump’s Twitter attack on Tuesday, saying that he “cannot silence [me] or the millions of women who have gotten off the sidelines to speak out about the unfitness and shame you have brought to the Oval Office.”

The US politician also vowed to keep demanding the resignation of Trump.

You cannot silence me or the millions of women who have gotten off the sidelines to speak out about the unfitness and shame you have brought to the Oval Office. https://t.co/UbQZqubXZv 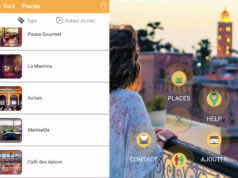 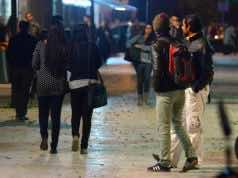 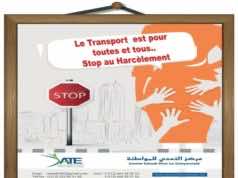