Rabat - Casablanca’s Criminal Court has announced its verdict regarding the Othman Benjelloun inheritance case. After 15 years of hearing sessions, the court has sentenced Mounir “Benjelloun” to two years’ imprisonment after a DNA test showed that there is no relationship linking him with the late Omar Benjelloun, brother of Othman Benjelloun, one of the richest businessmen in Morocco.

Rabat – Casablanca’s Criminal Court has announced its verdict regarding the Othman Benjelloun inheritance case. After 15 years of hearing sessions, the court has sentenced Mounir “Benjelloun” to two years’ imprisonment after a DNA test showed that there is no relationship linking him with the late Omar Benjelloun, brother of Othman Benjelloun, one of the richest businessmen in Morocco.

After the death of Omar in 2003, Mounir and his mother Naima El Azrak asked for their right to inheritance, claiming that Mounir is the son of Othman’s brother. Both of them filed a complaint against Othman after his brother’s death. Afterwards, the court ordered an investigation to be opened to study the case closely.

Hearings were held throughout the past 15 years in order to determine the veracity of the accusers’ claims. On Wednesday, the court pronounced its verdict on both Mounir and his mother, who were sentenced to two years’ imprisonments each, reported Moroccan daily Akhbar Al Yaoum.

The verdict was announced as both Mounir and his mothers were absent from Wednesday’s trial, according to a lawyer of Benjelloun. The verdict is “untenable,” said Mohammed El Shahbi, Othman’s lawyer.

The lawyer told the daily that Mounir and his mother can have the right to retrial if they turn themselves in to the authorities.

Mounir and his mother claimed to have the right to Omar’s inheritance, which forms a huge part of Othman’s wealth, said the newspaper.

Akhbar Al Yaoum added that the court summoned many people for testimonies proposed by Mounir. The potential witnesses are discovered to be “fraud” by the court. The law court then called for a DNA test of both Mounir and Othman, on the order of his alleged uncle (Othman).

The Moroccan daily reported that the defense team of Mounir refused to comply with this order, claiming that the only person who has the right to ask for this document is his father (Omar).

Born in Fez in 1931, Othman Benjelloun is president of FinanceCom and BMCE Bank. He is a one of the richest businessmen in Morocco. Benjelloun’s wealth worth USD 2.2 billion in October 2015, making him the richest in the country and 13th in Africa. 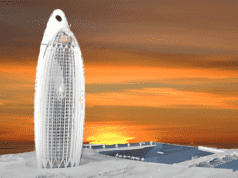