Rabat - Jean Claude Brou, the Ivorian Minister of Industry and Mines, was appointed chairman of the commision of the Economic Community of West African States (ECOWAS) on Saturday at the 52nd Ordinary Summit in Abuja, Nigeria. 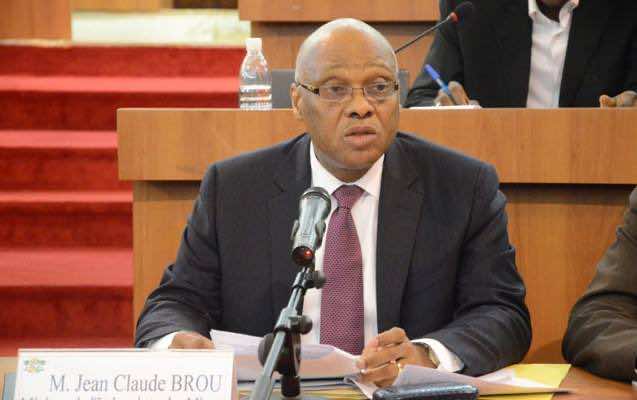 Rabat – Jean Claude Brou, the Ivorian Minister of Industry and Mines, was appointed chairman of the commision of the Economic Community of West African States (ECOWAS) on Saturday at the 52nd Ordinary Summit in Abuja, Nigeria.

The news was announced by Ivorian President Alassane Ouattara, who said that Brou will take office on March 1. The president of the ECOWAS Commission is appointed for a four-year non-renewable term and is assisted by a vice-president and 13 commissioners.

Brou served in several international bodies, including the World Bank and the Central Bank of West African States (BCEAO). He took office as Cote d’Ivoire’s Minister of Industry in 2012, according to Ivorian news outlet Connection Ivoirienne.

Brou has replaced Marcel Alain De Souza, the former Beninoise minister for development who served as the ECOWAS Commission president for two years.

The newly-elected president served also as a university professor at the University of Cincinnati in Ohio, United States. He also served as director of Economic and Monetary Department, and was appointed senior advisor and comptroller general, overseeing the audit direction from 2007 to 2008.

The ECOWAS Commision is the major “engine room of all ECOWAS programs, projects and activities.”

After its return to the African Union on January 31, Morocco submitted its application to join the 15-member ECOWAS. Morocco’s admission was not discussed during Saturday’s summit, as the Community members agreed to make the decision regarding Morocco’s submission during an extraordinary summit scheduled for the first quarter of 2018, a source within Morocco’s Ministry of Foreign Affairs told Morocco World News on Friday.

The source added that this decision was made “due to the late finalization of the impact report of this membership,” and that the document “had not been submitted until December 7.