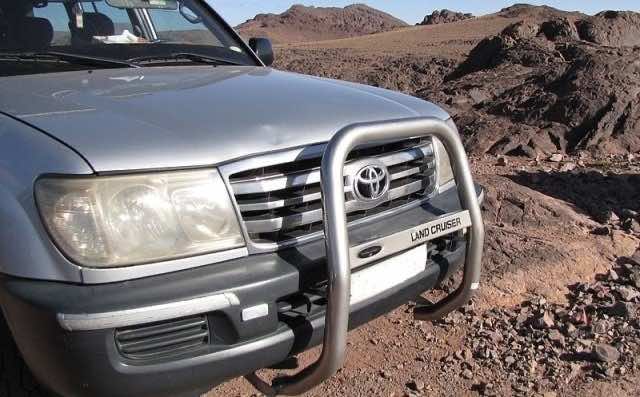 Rabat – The National Center for Testing and Approval (Centre national d’essais et d’homologation – CNEH) has announced in a letter addressed to the technical control centers December 15 that vehicles equipped with a bullbar will be considered to have a defect and therefore will not be allowed to circulate. 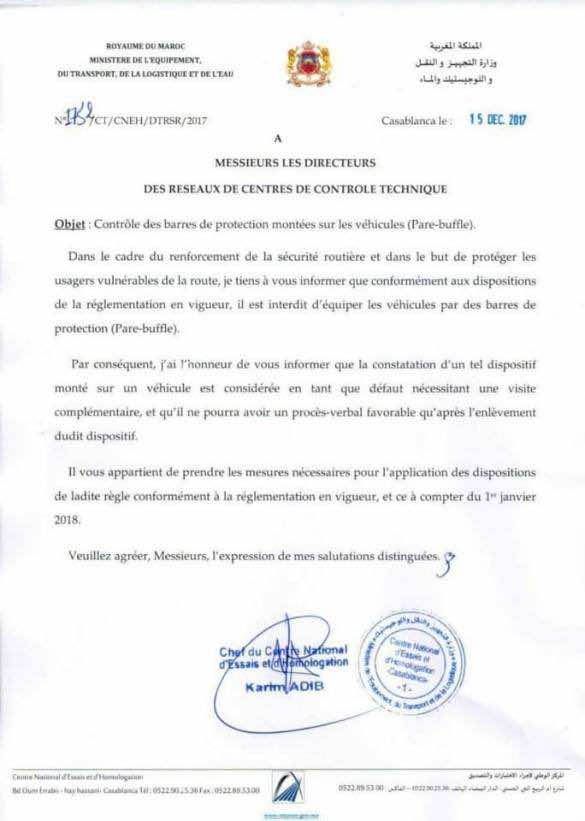 “The finding of such a device mounted on a vehicle is considered a defect requiring an additional visit and that can not have a favorable report just after the removal of the aforementioned device,” said the statement.

This regulatory provision will come into effect on January 1, 2018 and all bullbars installed on vehicles will be prohibited.

This provision is part of the strengthening of road safety legislation and the protection of vulnerable road users.

The bullbar is a device usually made of steel or aluminum tubing. It is installed on the front of a vehicle to protect its front from collisions, whether an accidental collision with a large animal in rural roads, or an intentional collision with another vehicle in police usage.

Many studies have shown that using bull bars increases the risk of death and serious injury to pedestrians. This is because the bull bar is rigid, and so it transmits all the force to the pedestrian.

According to official studies in the UK, 2,000 deaths and 18,000 serious accidents per year are caused by the rigid fronts of cars, often with metal bullbars in Europe.