Rabat - King Mohammed VI is expected to pay a two-day working visit to Guinea on December 19, during which cooperations between Morocco and the West African country would be strengthened.

Rabat – King Mohammed VI is expected to pay a two-day working visit to Guinea on December 19, during which cooperations between Morocco and the West African country would be strengthened.

The news was reported by the Guinean news outlet Mosaiqueguinee. During his visit, the monarch will inaugurate a completely renovated landing point of artisanal fisheries and a multiskilled vocational training center.

The fishing landing points project, which required an investment of MAD 13 million, is being financed by the Mohammed VI Foundation and the Ministry of Agriculture and Maritime Fisheries with the support of the Central People’s Group. It covers an area of 6,000 square meters and includes fishing and selling areas.

The King will also launch development of several arteries in Kaloum, a city in the Conakry region of Guinea.

The King is set to inaugurate a series of other projects announced on his previous visit to the country in February. The trip saw the signing of multiple agreements including the “Liquid Sanitation of the City of Conakry” project signed by the Guinean and Moroccan Ministers of Finance and Economy,  Malado Kaba and Mohamed Boussaid.

A Memorandum of Understanding on Technical Assistance was also signed between the two countries.

For the agricultural field, Morocco and Conakry signed two convention for the establishment of a project of hydro-agricultural development of an area that comprised of between 200 to 300 hectares. They also signed an agreement for the reinstatement of a project of aggregation of small Guinean farmers around the corn sector, while another agreement was signed to supply 100,000 tons of fertilizer.

After Morocco’s official return to the African Union on January 31, King Mohammed VI made an African tour, which started on February 1. The King’s tour started from the Republic of South Sudan and then continued into Ghana, Zambia, Guinea, and Cote d’Ivoire.

Many agreements and conventions were signed in all the mentioned countries. These agreements were not only made in order to consolidate economic cooperation, but also to offer social, humanitarian, and development projects to Morocco’s brotherly countries. 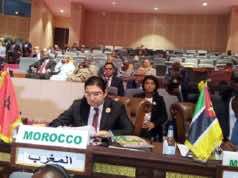 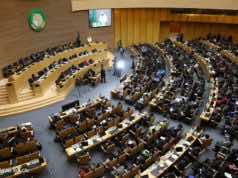