Rabat - A new year approaches. New goals. New dreams. 2017 was an eventful year in the kingdom: government reform, Morocco rejoins the African Union, Hirak movement protests, a new prime minister, and the Atlas Lions. So, with optimism for a prosperous year ahead, here are five things I’m looking forward to in Morocco in 2018: 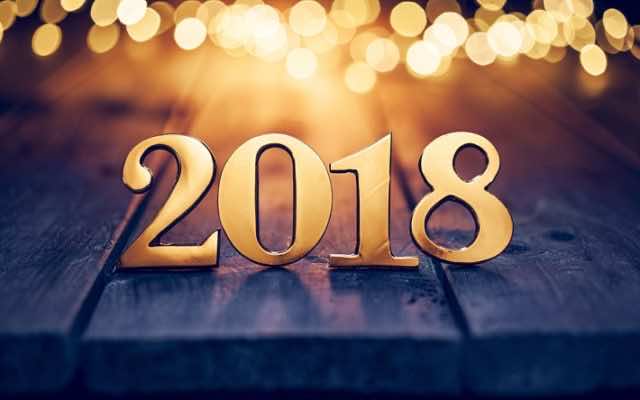 Rabat – A new year approaches. New goals. New dreams. 2017 was an eventful year in the kingdom: government reform, Morocco rejoins the African Union, Hirak movement protests, a new prime minister, and the Atlas Lions. So, with optimism for a prosperous year ahead, here are five things I’m looking forward to in Morocco in 2018:

1. A World Cup knockout stage appearance for the Atlas Lions. Morocco joins Spain, Portugal and Iran in Group B for the World Cup Finals in Russia beginning in June. Morocco will play Iran in Saint Petersburg, and a victory in the first game would put the Atlas Lions in good position to advance to the knockout stage. Iran won three consecutive Asian Cup championships in 1968, 1972, and 1976. But that was a long time ago. In the World Cup qualifying round held this year, the Atlas Lions did not surrender a single goal.

2. The Renaissance of Rabat’s Medina. In the two years that I’ve intermittently called the medina of Rabat home I’ve seen ongoing construction. The rehabilitation – from wood canopies to new pavement bricks on Legza alleyway – reinforces what the medina represents: the heart and soul of Morocco’s capital. Rabat’s medina is undergoing a major reboot and it has aged relatively well even as its older sister city, Salé, has expanded north and east. Balancing the requirements of modern commercial life with the need to preserve an important historical asset is not easy – especially in the mellah section.

Progress has been slow and intermittent, but the final product will be worth it: a comfortable promenade along Legza that links Bab Laalou with the tramline and Mohammad V Boulevard. Further east, the canopy over sections of Rue Souika have dramatically increased the comfort level. Rabat doesn’t have the allure of glitzy Casablanca, the sensory overload of Marrakech, or the carefree beach vibe of Agadir. But the medina captures so much of the complexity of the kingdom: medieval and modern, religious and secular, local and global. The convergence of the Bou Regreg River and the Atlantic Ocean gave geographic impetus for a great city and an enduring medina. Agdal neighborhood has the trendy shops and Hay Riad has the big box retailers. But the Medina has soul. 24/7.

3. A (more) smoke-free Morocco? Ymkin. 2018 is arriving and the research is clear on the effects of second-hand smoke. Smoking is part of the street café culture here just as it was a major part of the nightclub and bar scene in the US for decades. Smoke-free sections offer little protection; second-hand smoke eventually drifts throughout an entire enclosed restaurant or bar. Yes, nearly everyone has a vice. But the health costs to society are real. Per capita cigarette consumption in Morocco dropped considerably from 1970 through the early 2000s. But that progress has stalled; Moroccans consumed 13.8 billion cigarettes in 2016, a 9.8 percent increase from 2015. Though tax revenue from cigarette sales is an important source of government funds, the large number of illicit cigarettes consumed in the country (one out of eight) means that smokers evade the cost of their habit – for now. Public information campaigns are important, too. The ONCF posters depicting a tree in similar shape to a human lung; half grey colorless and damaged while the healthy half is verdant and growing. Those public outreach efforts work. They do.

4. The opening of the LGV high-speed train from Tangier to Casablanca. The trip will become much quicker – 2 hours, 10 minutes. Having rode the train from Rabat to Tangier fairly regularly for the last two years it has been exciting watching the progress on the LGV line. As the line connecting Tangier with Kenitra, Rabat and Casablanca opens in mid-2018, an important ancillary function of regional commuter rail is the growth of development along the line. Transit oriented development (TOD), as we say in the US. The maximization of connected residential, business, and living space within close distance to multi-modal transportation resources. As Rabat and Casablanca both expand – the distance between the two is about 50 miles – the opportunities for creating greater economic opportunities in professional services and light manufacturing near the line will be considerable.

5. The embrace of Morocco 2.0. From the king’s advocacy of advanced regionalization to education reform, migrant regularization, and increased accountability for the kingdom’s political leaders, Morocco is moving forward. No small feat when the popular sentiment, seemingly, in 2017 is for closed borders and unwavering nationalism. Making the kingdom a better place to call home requires the work of everyone, including foreigners who embrace the culture, faith and history of this diverse land. A trendsetter in religious tolerance, regional economic and social development, as well as renewable energy development, Morocco is still a place that captures the imagination.