Rabat - The son of former 2008 Republican Vice Presidential Nominee Sarah Palin, Track Palin, has been arrested and charged with first-degree burglary, fourth-degree assault, and criminal mischief, and is being held in custody. 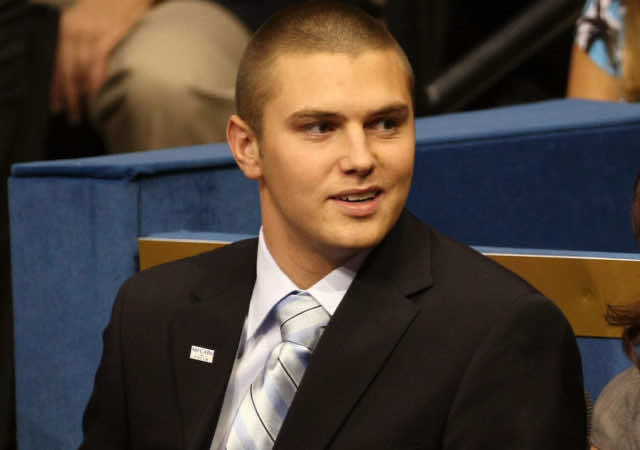 By
Lameese Madi
-
Lameese Madi is a correspondent based in Kansas City, Kansas.
Dec 20, 2017
Spread the love

Rabat – The son of former 2008 Republican Vice Presidential Nominee Sarah Palin, Track Palin, has been arrested and charged with first-degree burglary, fourth-degree assault, and criminal mischief, and is being held in custody.

Track Palin, 28, was arrested on Saturday evening after allegedly breaking into his parent’s home in Wasilla, Alaska, and beating up his father, Todd Palin.

The father statedin a sworn affidavit that he had told his son not come to the house because Track Palin had apparently been drinking and taking pain medication.

Todd Palin confronted his son with a pistol after his son had broken in through a window, entered the house, and started to beat his father repeatedly about the head, according to court filings.

The court filing depicted a chaotic scene as Todd Palin, Sarah Palin’s husband, brandished the firearm but refrained from shooting as he and his son argued over a truck Track wanted to pick up.

Sarah Palin described her son as “freaking out and on some type of medication” In her affidavit.

“Track told him he was [coming] anyway to beat his ass,” she stated in the affidavit filed by Wasilla police Officer Adam LaPointe.

Sarah Palin had called the police at 8:40pm on Saturday night and told the police that Track was on some “kind of medication.”

When the police arrived, Track Palin called them “peasants” and ordered them to lay down their weapons. Eventially, they were able to place him handcuffs.

Track Palin recounts that when he had arrived at the house, his father had a gun aimed at him. He had urged his father to shoot him multiple times before breaking the window to enter the home, according to documents.

During the police interview, Todd Palin, the father, was bleeding from multiple cuts and had a liquid discharge from one, according to the documents.

“Given the nature of the actions addressed . . . by law enforcement and the charges involved, the Palins are unable to comment further,” John Tiesmessen, the Palins’ attorney, said in a statement. “They ask that the family’s privacy be respected during this challenging situation just as others dealing with a struggling family member would also request.”

Track Palin’s bail has been set at $5,000 by a judge. He is currently in custody at the Mat-Su Pretrial Facility in Palmer, Alaska.