Rabat - “Running to save lives!” is the new slogan of Marrakech’s Mohammed V University Hospital Center, which wants to promote organ donation in Morocco. The hospital is holding  this Sunday its first 7-kilometer race under the theme “I run, I support the donation of organs, I save lives.” 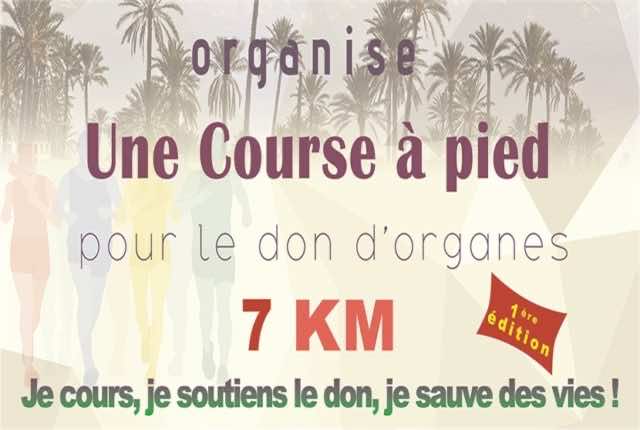 Rabat – “Running to save lives!” is the new slogan of Marrakech’s Mohammed V University Hospital Center, which wants to promote organ donation in Morocco. The hospital is holding  this Sunday its first 7-kilometer race under the theme “I run, I support the donation of organs, I save lives.”

More than 400 runners from the hospital and several sports clubs will participate in this event, which will take place Sunday, December 24, on a course of 7 kms. The race  is expected to start at 10:00 am at Bab Ighli on Sunday, December 24.

The purpose of the race  to raise public awareness about  organ transplant and the need for organ donations.

While Morocco has made remarkable progress in the area of organ and tissue transplants, particularly in the area of legislation, greater efforts need to be made to promote these kind of treatments, which are available only as a last resort for  several incurable diseases.

More than 9,000 patients with kidney failure are currently undergoing hemodialysis while waiting for a kidney transplant. According to figures from the Moroccan Association of Organ and Tissue Donation (AMDOT), only 220 patients benefited from organ donations between 2010 and 2015.

The poor understanding of the subject, the lack of trust in the system and the poor  conditions in Moroccan hospitals, and the cultural aversion to removing organs from a dead body cause many to shy away from organ donation.

Without the legal consent of a person to donate his organs during their lifetime, it is up to the family to make this choice. Only 2.6 percent of hemodialysis patients are on the waiting list for a kidney transplant.

However, hemodialysis costs society much more than a transplant. At the end of the first year, the cost of a kidney transplant is four times cheaper than hemodialysis, which costs MAD 850 per session, three times per week, or MAD 10,200 per month.

Currently, thousands of people with diseases for which there is no effective treatment eventually die in the absence of transplant.

The purpose of the event is, therefore, to raise awareness in the Moroccan public so that informed health decisions can be made.