Rabat - Morocco and Malaysia held talks in Rabat on Friday, December 22 on ways to strengthen cooperation in various areas. 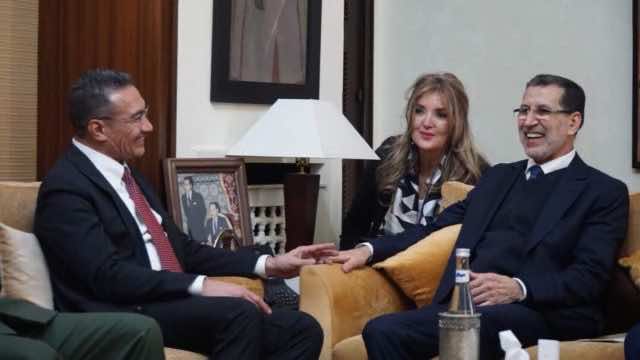 Rabat – Morocco and Malaysia held talks in Rabat on Friday, December 22 on ways to strengthen cooperation in various areas.

Morocco and Malaysia are determined to reinforce their bilateral bonds. On Friday, Morocco’s Head of Government Saad Eddine El Othmani held talks with Hishammuddin Hussein, Malaysian Defense Minister, during which the two parties expressed their willingness to strengthen bilateral cooperation.

According to a statement issued by El Othmani’s office, the meeting of the high officials was an opportunity to highlight the quality and depth of relations of friendship and mutual respect uniting Morocco and Malaysia.

Hussein, who was leading  a large delegation on a working visit to Morocco, expressed his admiration for Morocco’s economic and social development. The Malaysian official also highlighted the commitment of the Moroccan authorities to take advantage of available partnership and cooperation opportunities, said the statement.

El Othmani and Hussein also discussed the cooperation between Morocco and Malaysia at the level of international bodies, particularly within the framework of the Organization of Islamic Cooperation. The two officials also underscored the two countries’ roles in promoting dialogue and cooperation between Islamic countries, defending the interest of the Islamic nation and in disseminating the values of tolerant Islamic religion, reported Maghreb Arab Press (MAP).

El Othmani has alo recalled the permanent concern of King Mohammed VI to promote the values of the Islamic religion, as well as the monarch’s initiatives aimed at reinforcing training and supervision in the religious field.

The officials also reviewed the promising prospects of development on the African continent. Morocco’s Head of Government has also presented the main outlines of Morocco’s African policy, under the leadership of King Mohammed VI.

The Malaysian Defense Minister also met with Abdellatif Loudiyi, the Moroccan Minister Delegate in Charge of National Defense Administration. The officials agreed to  to establish a win-win partnership, notably in the areas of training, sea security and defense industry 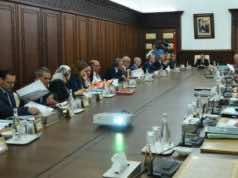