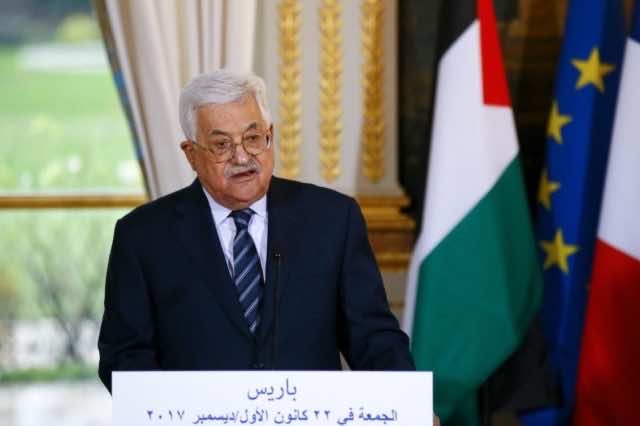 Rabat – During his visit to Paris last Friday, Palestinian President Mahmoud Abbas said that he will no longer accept “any plan” for peace proposed by the United States after recognising Jerusalem as Israel’s capital.

“The United States are no longer an honest mediator in the peace process. We will not accept any plan put from the United States,” Abbas said at a joint press conference with French President Emmanuel Macron.

The Palestinian head of state, who has refused to meet US Vice President Mike Pence on his upcoming trip to the Middle East, due for this week, asserted that the United States has “disqualified” itself from the Middle East peace process.

His statement came hours after 128 members of the United Nations General Assembly adopted by overwhelming majority a resolution that rejects Donald Trump’s decision to recognize Jerusalem as Israel’s capital.

France, which had previously condemned Washington’s decision on Jerusalem, also voted in favor of the resolution.

Ahead of the vote, which took place Thursday, Trump had threatened to cut aid to UN members who would vote against his decision.

Earlier this month, Trump delivered a speech in the White House, formally declaring Jerusalem as Israel’s capital, adding that he also ordered his aides to start the process of moving the US Embassy from Tel Aviv to Jerusalem, a move that has been condemned by the international community as unproductive, dangerous, and against international law.

Abbas called upon countries that “did not recognise Palestine yet to do so to preserve the two-state solution before it’s too late.”

The French president, who is planning to visit Israel and the Palestinian territories next year, said that the United States had “marginalised itself” in the Israeli-Palestinian conflict by “unilaterally managing from afar a situation whose solution is in the hands of the Israelis and Palestinians.”

“The Americans have marginalised themselves and I am trying not to do the same thing,” he said.

Macron reiterated that France is committed to the “two-state solution” but he didn’t take any move to recognise Palestine, which would antagonise the Israelis.

“The solution will be built around two states so inevitably there will be a moment in the process when there is recognition. I want to do it at a moment that will help build peace on the ground,” he told the joint press conference with Abbas.